Another goodbye to unlimited data

Another goodbye to unlimited data

AT&T has announced it will slow down the top 5 percent of its data users in October. But who are those people? And what exactly are they doing on their phones?

These users aren’t doing anything too out of the ordinary, but they are doing a lot of it, says Glenn Fleishman, a regular contributor to the Economist.com. “Let’s say you like Pandora, or Spotify, or some of these other streaming music services,” Fleishman says, “You have that turned on all the time and every time you’re driving on your long commute, walking around in your office, you’re streaming data over 3G all this music.” He says that sort of use could put you in the data overachiever category. So could streaming a lot of video on Netflix or Hulu. “Streaming video takes up more capacity and it also clogs the network more,” Fleishman says.

One important distinction to keep in mind here is how you’re getting that data. AT&T makes clear that data streamed over your phone via a Wi-Fi connection doesn’t count against you, only data over the wireless network.

Research analyst Kristen Paulin from Informa Telecoms & Media thinks we’re going to see all sorts of new data plans in the future. “You could have app-based plans,” Paulin says; think unlimited social media plans where you can tweet day and night. She says we might also see plans that encourage data use at specific times, when demand is lower, or plans that cap data on specific sites.

Also in today’s show, new research that will likely creep you out.

Allesandro Acquisti is a professor at
Carnegie Mellon’s Heinz School. In a new study (PDF), he and his colleagues Ralph Gross and Fred Stutzman used facial recognition software, public information and photos of people’s faces to predict Social Security numbers.

The big picture, says Acquisti,”is because there is so much public info about us, and because we have very cheap and powerful computing available to us through cloud computing, and because facial recognition has made such progress in recent years, if you combine those all together, you end with the ability of merging the online and offline worlds together.” He says on one hand, it’s pretty exciting, but that this research should also kick start a new conversation about privacy. 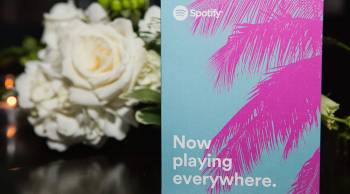