Li-Fi: Can lightbulbs help move our data around?

Li-Fi: Can lightbulbs help move our data around?

I should say the re-emerging technology of Li-Fi, actually, since it’s an idea that’s been around a long time. You can go back to the 1880s and the laboratory of one Alexander Graham Bell who was able to send wireless phone messages through an invention of something called the Photophone.

The reason that invention never got the traction that Bell’s later invention did (a little gizmo called the telephone, you might have heard of it) is that the light bulbs of the time were pretty primitive. Today, we have LED lights that are both energy-efficient and more technologically advanced because they can be more finely controlled. This means, says Harald Haas, professor at the University of Edinburgh, that the light bulbs can be used as conductors for data.

Haas recently demonstrated this technology on stage at the TEDGlobal Conference in Edinburgh recently. According to the New York Times, “He used a table lamp with an LED bulb to transmit a video of blooming flowers that was then projected onto a screen behind him. The prototype can be built economically in part because it uses cheap off-the-shelf parts that cost just a few dollars he said. ‘There is no antenna,’ he said in an interview.”

Haas, who is one of a great number of people trying to develop this technology worldwide, tells us that this could make a big difference in how we move data around and how we use energy efficiently. “So if you have light, you get basically in an energy sense, data for free,” he says, “Because this has this dual functionality, illumination plus data transmission. The natural argument would say I can only have data if I light up the room and waste energy. That’s true, but we can dim down the light to the level where it appears to be off, while we can still transmit data. So we could have it in our homes, public places, a street lamp could be Li-Fi, providing free access on the streets.”

Also on this program, YouTube is streaming two big outdoor concerts for free this summer. John and Larissa debate the relative merits of watching concerts at home vs. on the festival grounds. 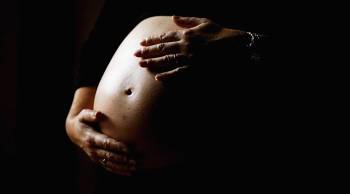