JEREMY HOBSON: It’s jobs week here in economy land. On Friday, we’ll get the big June employment report from the Labor Department — which tells us how many jobs were added last month — and what the new unemployment rate is. And just in the last hour we got an early look at the employment picture from the job placement firm Challenger Gray and Christmas. The company says the number of announced job cuts ticked up slightly last month but over the last six months the number of planned layoffs reached the lowest level since 2000.

HOBSON: So, John, the lowest level of cuts since 2000, but is that going to be good enough to get the job market out of the ditch it’s in?

CHALLENGER: We need really, the next leg in this turn around and that’s job creation. Companies aren’t laying off many people. There’s been a little bit of extra layoffs now just lately with a pause in the economy, but we need companies to start creating jobs to see unemployment drop.

HOBSON: And I know that one of the big factors over the last several months has been the Japanese earthquake. Is that still a factor in jobs here in this country?

CHALLENGER: It doesn’t seem to be. The components and the supply chain out there in Japan might have slowed down manufacturing, but that’s not the case. Manufacturing seems to be doing pretty well. It’s really now, more concerns about debt — whether it’s European debt or the debt ceiling here in the U.S.

HOBSON: And in your report this morning, any sectors of the economy that are doing particularly well?

HOBSON: John Challenger, CEO of Challenger Gray and Christmas, thanks so much as always. 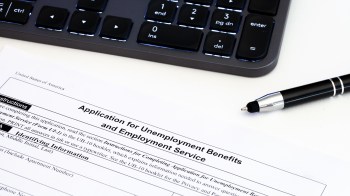