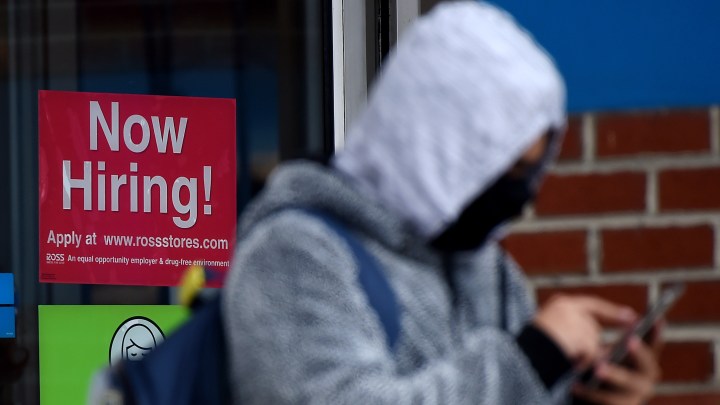 In normal times, the lead-up to the holidays is when employment spikes sharply, with hundreds of thousands of temporary jobs added in retail, hospitality, bars and restaurants.

But COVID-19 has tamped down the typical seasonal boost to pay and employment this year.

Stores and malls hired around 700,000 temporary seasonal workers in the fall of 2019. As of the end of November this year, gains in temporary jobs were running way behind that pace:

“A big boom in the transportation and warehousing sectors, up about 137%,” he said.

That still only makes up about half the seasonal jobs missing from brick-and-mortar retailers, Challenger added.

There’s a slowdown for app-based gig workers, too. Last year, Joe Fifield drove for Uber and Lyft in Minneapolis to supplement his income. This year, he’s delivering for DoorDash and said it’s not as easy to make money.

You spend a lot more time driving with an empty car,” he said.