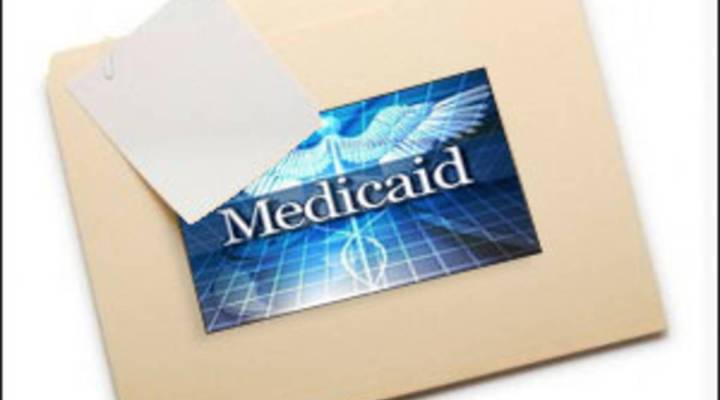 Stimulus help to states comes to a close

Stimulus help to states comes to a close

Bob Moon: A federal stimulus program to help stabilize state budgets
is coming to a close tomorrow. The government provided some $90 billion in emergency funds
to get state governments past collapsing tax revenues, and help pay for such services as education and health care. Now, states are having to slash spending.

But here’s the catch with cuts: as Adam Allington reports from St. Louis Public Radio, with some programs, their hands are tied.

Adam Allington: Before the economic meltdown in 2008, Missouri brought in tax revenues of $8 billion. But the recession and sluggish recovery have taken their toll. Last year tax receipts fell 16 percent to just over $6.5 billion. Over the past two years the federal government helped Missouri close that tax gap with $3 billion in stimulus funds. The money went mostly to prevent massive layoffs in K-12 education and to provide health care through the state’s Medicaid program. Come Friday, that money will be gone. And Missouri has had to make some tough budget choices to make up the difference. One of the losers has been higher education.

Tom George is the chancellor of the University of Missouri, St. Louis, the state’s 3rd largest campus. Opening the blinds in his office he points to the schools aging science center, which in 2007 had been earmarked for $30 million in upgrades.

George: And we can’t see it because of the trees. But it’s our oldest academic building on the campus. It’s not glamorous kinds of funding — it’s renovation, it’s fixing up things behind the walls.

Those plans are on hold now and George has seen his campus funding slashed by $7 million. He’s had to make that up through layoffs, increased tuition and fewer class offerings.

Higher education and other programs had to take bigger cuts because one program — Medicaid — couldn’t be cut. States are required under federal law to maintain Medicaid spending in order to qualify for federal matching funds. This year, the program will account for a full 30 percent of Missouri’s budget.

Like Missouri, states around the country can only watch as Medicaid crowds out other areas of state spending.

Scott Pattison is the director of the National Association of State Budget Officers.

Scott Pattison: One of the ways to look at it is, virtually every new dollar coming into a state is going to go to Medicaid. In fact, we forecast that Medicaid is the only significant area of state government that is going to increase.

But that’s not to say Medicaid has escaped program cuts. States are looking to restrict eligibility and reduce services to help rein in rising health care costs. Missouri has already cut back home visits for patients with chronic conditions. Last year 160,000 people were eligible. This year just 3,400 are.

Susan Menhard worries her own services could be next.

Susan Menhard: My understanding is that it could be slashed at any time.

Menhard has been paralyzed from the neck down since a gymnastics accident in 2001. She receives 11 hours of daily in-home care, paid for through Medicaid. If her benefits were cut, Menhard says she’d be forced into a nursing home. With the in-home care she’s independent and holds down a part-time job, without burdening her family.

Menhard: You know, it makes me feel like I have an identity, like I’m a citizen again, instead of just this big over-sized baby that somebody needs to take care of.

All told, nearly 15 percent of Missourians are on Medicaid. But the working poor barely register in that figure. To qualify, adults in Missouri can’t make more than 18 percent of the federal poverty index — or just $3,500 a year.