For Marketplace Morning Report, Tuesday May 31, 2011

Germany announced today it will abandon nuclear energy altogether in the next 11 years. Chancellor Angela Merkel said she wants Germany to be a model for other countries by transitioning to solar, wind and hydroelectric power.

WalMart has gotten approval from the South African government to purchase that country’s local retailer Massmart for $2.4 billion. As part of the deal WalMart was told not to cut jobs for two years and to work with local suppliers.

Business activity in the U.S. Midwest grew much less than expected in May, as orders softened and employment weakened, a report showed on Tuesday.

A monthly survey shows consumers are losing faith that the economy will keep improving. The Conference Board’s Consumer Confidence Index fell to 60.8 from a revised 66 in April on worries about jobs and inflation for groceries and gasoline. Economists had expected an increase to 67.

To Uniontown, Pennsylvania where there’s a small business turf war going on. According to the Herald Standard Newspaper, two ice cream truck drivers are not showing much good humor to one another. In fact things have gotten so bad that police were called after one driver tried to drive the other one off the road. Officials have instructed both ice cream vendors to cool it or they’ll have their permits revoked.

Somebody in Indiana picked up a piece of paper from the ground and noticed that it was a receipt from a tire store in Joplin, Mo. We’re talking 525 miles downwind of Joplin, so the finders quickly contacted a storm researcher to report their amazing discovery: Look what the wind blew in! The Purdue University expert figured the paper traveled more than twice as far as the longest distance ever for debris from a storm. Except, it turns out, this incredible discovery wasn’t credible. Seems it belonged to someone who’d been visiting the area. This person recalled doing business in Joplin earlier this month and then simply left the receipt behind the other day in Indiana. 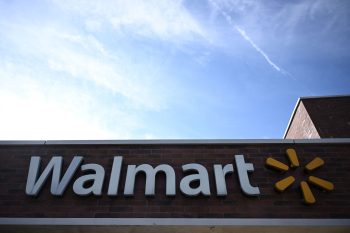