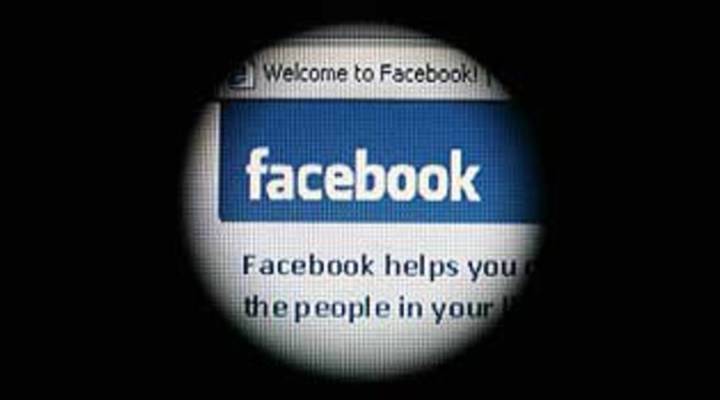 Bob Moon: A lot of people would like to invest in hot tech companies these days — Facebook, Twitter, Groupon. Since they aren’t trading shares publicly, though, only well-connected investors can get a piece of the action. But it seems their private club is about to be invaded.

T. Rowe Price just divulged it owns nearly $200 million worth of Facebook shares, and it’s put those investments into some of its mutual funds. Here’s Marketplace’s Stacey Vanek Smith.

Stacey Vanek Smith: Private shares of a hot company are like Wall Street’s version of a golden ticket. Jack Ablin is the chief investment officer for Harris Private Bank.

Jack Ablin: Companies like Google come to the public markets and their stock prices explode and the early insiders make a fortune.

Companies like issuing private shares because they can raise money without all of the expensive regulations and financial disclosure that comes with going public. The appeal for investors? Investment economist Gary Shilling.

Gary Shilling: Going to a cocktail party and saying, ‘Well I’m in a mutual fund, I’ve got my piece of Facebook,’ probably has a certain amount of sex appeal.

Sexy? Maybe. Smart? Hard to say. Mutual funds have started dipping into private shares because investors are excited about them. T. Rowe Price also owns shares of Twitter and Angie’s List, and all that exposes them and their investors to more risk, says Georgetown finance professor James Angel.

James Angel: You’re at the mercy of the company to decide how much, if any, financial information to give you.

Ablin: It just reminds me of that Groucho Marx line that says he would never join a club that would allow him to be a member. When Wall Street is offering these shares to individuals, chances are the party’s pretty much over.