JEREMY HOBSON: Now let’s get to corporate earnings and what they might tell us about the health of the economy. This week, we’ll hear from the aluminum company Alcoa, and from the chipmaker Intel, as the quarterly earnings season gets going.

Julia Coronado is chief economist at the investment bank BNP Paribas and she’s with us live as she is every Monday. Good morning.

HOBSON: so what are you expecting to see as companies report how they did in the final quarter of 2010?

CORONADO: I think 2010 ended on a reasonably positive note and so on balance I think we’re going to see some pretty good numbers coming out of this season. But what I’m going to be looking for is not so much what they say about sales in 2010 or at the end of 2010, but how they got our expectations going into 2011.

HOBSON: And what specifically are you going to be looking for because, yes, as you say, companies when they come out with their earnings they also tell us what they’re looking for next year.

CORONADO: Yes, exactly, and so what they’re going to tell us is something about what they expect to happen to sales, so the amount of stuff that they sell, but also what is happening to what they pay for production — so what they’re paying for energy and labor and other things that they need to combine to make the products that they sell. And what we’re seeing is that companies are spending a lot more on those costs — costs for energy, agricultural inputs, wages and salaries for workers overseas, specifically not so much in the U.S. and the real question is can they pass those higher costs that they’re paying onto consumers. And right now the pricing power for companies in the U.S. is very low and consumers are price sensitive, so the question is are we going to see profits get squeezed in 2011?

HOBSON: Alright we’ll be watching to see what happens. Julia Coronado chief economist at the investment bank BNP Paribas, thanks so much. 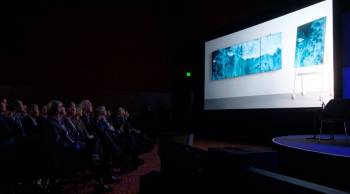