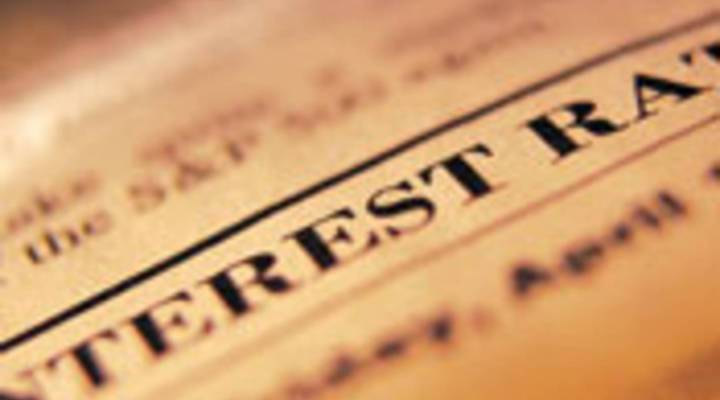 Despite Fed stimulus plan, interest rates are still up

Despite Fed stimulus plan, interest rates are still up

Kai Ryssdal: In today’s installment of the curiouser and curiouser study of the American economy, we give you: interest rates. Mortgage rates are the highest they’ve been in six months. Government bond yields — which is what those rates are based on — took a huge jump today.

Which is strange, considering the Federal Reserve is spending hundreds of billions of dollars to make interest rates go down. It does sound confusing and academic. Until you listen to Marketplace’s Stacey Vanek Smith.

Julia Coronado: If you’re looking to buy a house, higher rates mean you can afford less house. A lot of people, if interest rates go up, they’re less likely to buy a car. So that slows down spending and it slows down the economy.

The government’s efforts to help growth by pumping money into the economy have contributed to the problem, says Jack Ablin, chief investment officer for Harris Private Bank. He says stimulus from the federal reserve and the government generated expectations for faster economic growth.

Ablin points out that rates are still at historic lows. But all the debt the government is racking up gives investors the jitters, says economist Coronado.

Coronado: Even economists are confused.

What is a "neutral" interest rate?