America prepares to celebrate “Cyber-Monday” — the Internet equivalent of Black Friday. If this year’s e-shopping follows the same trends as their brick-and-mortar counterparts, websites should be looking at a successful shopping day.

In Cancun, Mexico, leaders from all over the planet are gathered to try again on an agreement to cut carbon emissions. Many of those same leaders met a year ago with no success. There’s not much hope for this year, but negotiators do see some bright spots.

Marketplace.org launches its newest project: [Green Tip and Trade](), to create a forum for listeners, readers and experts to post tips on eco-friendly living.

Illinois will try to sell bonds today as it grapples with a multi-billion dollar budget gap. States of course are trying to balance budgets and have usually two options: either raise taxes or cut spending. But as Gregory Warner reports, Illinois is taking a creative new approach using a familiar source of cash — tobacco.

Late yesterday European leaders announced a bailout for Ireland worth more than $112 billion. The hope is that the injection of cash will stabilize Ireland’s banks and calm markets around the world.

Michael Jackson’s latest album will be in stores two weeks from tomorrow. There’s controversy surrounding whether Jackson, who died last year, wanted the songs released, or whether some of the vocals on it are fake.

Jeremy Hobson speaks to Amy Palanjian of ReadyMade Magazine about what to do about autumn’s pesky leaves.

The amount of data passing through mobile phone networks in the U.S. doubles every year. People watching Youtube, checking Facebook, and surfing the web on their smartphones adds up to about three quarters of the mobile system’s bandwidth. But will other devices soon cause traffic as well? 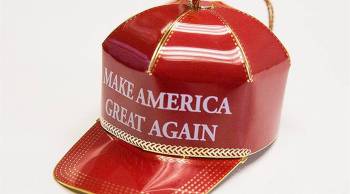