Germany holds off on nuclear phase-out

Germany holds off on nuclear phase-out

JEREMY HOBSON: To Germany now. The country says it will continue to use nuclear power plants far longer than expected. The country had planned to phase out the country’s reliance on nuclear energy in the next decade. But now, German Chancellor Angela Merkel says the energy source is vital for the country — until more reliable green energy sources are available.

TRISTANA MOORE: Under the newly announced plan, Germany will continue to rely on nuclear power plants for at least two more decades — 12 years beyond their current operational life-spans.

Germany runs 17 nuclear reactors and they provide a substantial part of the country’s electricity. But the reliance on nuclear power has long been a controversial issue.

Thomas Breuer is head of climate and energy division at Greenpeace Germany.

THOMAS BREUER: The decision to extend the lifetime of old and dangerous nuclear power plants is damaging the renewable industry in Germany, and of course the competition in the energy market.

Under current plans, renewables will supply half the country’s energy needs by 2050. And as part of the energy goals, more money will be invested into renewable energy sources.

But with most Germans supporting a shutdown of the reactors, the nuclear extension has provoked public outrage, and critics are warning they’ll organize a series of demonstrations this autumn.

In Berlin, I’m the BBC’s Tristana Moore for Marketplace. 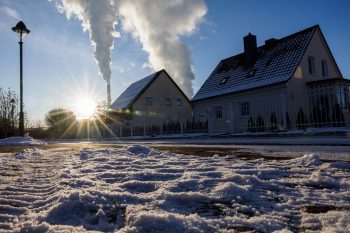