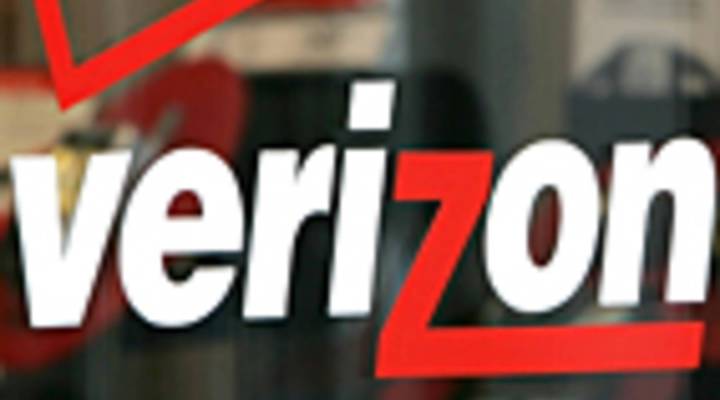 COPY
Verizon is among the phone companies fighting for the right to compete directly with cable companies. Justin Sullivan (c) Getty Images

Verizon is among the phone companies fighting for the right to compete directly with cable companies. Justin Sullivan (c) Getty Images
Listen Now

Kai Ryssdal: Having a smartphone can make your life a little bit easier. Internet access, e-mail, music and videos right there in your pocket. Not to mention being able to make a phone call when you want to. Dealing with that monthly bill can sting, though. And for a lot of people, the two-year contract most companies make ’em sign is just too much of a commitment. So, enter the pre-paid smartphone. And, as of today, enter Verizon.

Stacey Vanek Smith:It seems like such a great deal: A shiny new smart phone that can direct you to the grocery store, stream movies, track the orbit of Neptune. It’s worth $600 and you get it for $200.

Woman: Now listen darling, I don’t want to pressure you, but why don’t we take a teensy look at the contract.

That contract ties you to your service provider for two years, so that great deal on the phone is really a great deal for the telecom company says Phil Nickinson, editor of AndroidCentral.com.

Nickinson: There are a lot of people out there who just flat don’t have the credit to qualify for a full smartphone plan, so this is a great somebody into the eco-system.

Commitment-phobes will have to pay full price for the phones, but industry consultant Scott Cleland says many consumers will be willing to pay it.

Scott Cleland: Prepaid has the appeal of knowing exactly what you’re going to spend and not being able to go over. For a growing segment of Americans, it makes a lot of sense.

And those Americans aren’t satisfied with the old no-contract phones, which tend to be pretty bare bones. Cleland predicts other carriers follow Verizon’s lead. But, he thinks most of us will still opt for upfront deal of the contract.