On today’s show we revisit the age-old crime of cattle rustling, which is making a comeback in Oregon’s cattle country. Listen to our report and view photos from the day in the life of a local sheriff on the case. Also: A new report shows a world shortage of specialized labor; Commentator Robert Reich on eliminate payroll taxes; Tackling wireless network congestion; The Dow’s ‘nice, big, pretty number,’ 10,000; and these are the songs we played between segments: 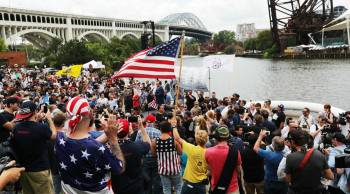 Outside the hall and across the country