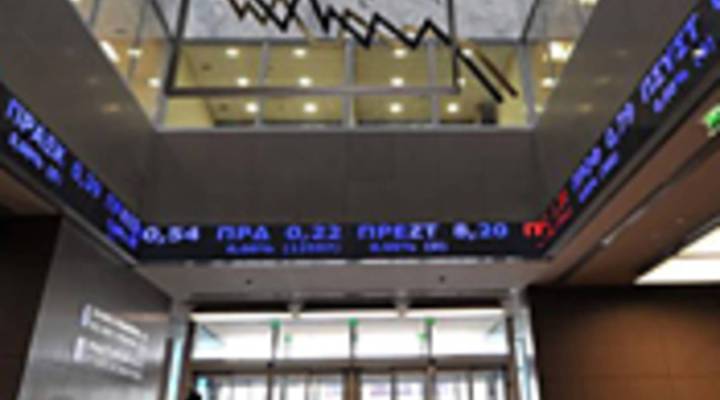 Stacey Vanek-Smith: European government officials and the International Monetary Fund have approved a bailout plan for Greece. Greece is struggling with about $400 billion in debt. That’s more than one and a half times its annual economic output. Here to talk about this with us is our very own Stephen Beard in London, he joins us live. Good morning, Stephen.

Beard: The 15 other eurozone countries have agreed to lend Greece $40 billion if Greece can’t raise the money in the bond markets. And the IMF, as you mentioned, is expected to offer loans worth of over $20 billion. These are repayable loans, the interest rate’s around 5 percent. This is below the market rate — last week, the Greeks were having to pay more than 7 percent. So this lower rate makes life a bit easier for the Greeks.

Vanek-Smith: Is this going to be enough to help Greece?

Beard: It gets them out of their short-term difficulty; they have to borrow or roll over about $15 billion by the middle of next month. So they’re certainly going to be able to do that, and at a less punitive rate of interest. They should be covered for their borrowing, in fact, for the rest of this year.

Vanek-Smith: You’re saying it’s going to help them in the short-term, but what about the long-term?

Beard: Ah, well there are still very serious questions about Greece’s public finances. The budget deficit’s almost 13 percent of GDP. As you said, the total national debt is around 150 percent. There are many observers here who say the crisis has been postponed, but certainly not solved. Greece, they say, has simply borrowed too much, and it may well default in the slightly more distant future. There’s another longer-term question mark over the euro. Helping out a small member state like Greece is relatively inexpensive; if a much bigger member like Spain, which is also in a mess with its public finances, if Spain gets into trouble, that could trigger a major euro crisis. The eurozone may be much less willing to bail out Spain.

Vanek-Smith: Stephen Beard in London. Thank you so much.