Kai Ryssdal: The Senate is set to pass a $15 billion jobs bill this week. It’s going to be mostly a payroll tax break for companies that hire people who’ve been unemployed. Technology workers have been doing better than most in hanging onto their jobs, though. But a coalition of high-tech companies and venture capital firms thinks there is more to do. Intel CEO Paul Ottelini made the announcement today. A $3.5 billion fund to invest in American technology companies and a jobs program by Intel, Google, Yahoo and a bunch of others to double the number of newly-graduated engineers that they hire every year. Paul Ottelini, welcome to the program.

Ryssdal: $3.5 billion is a lot of money. Why did you feel the need to make this announcement now?

Ottelini: You know, I think that coming out of recessions it’s all about attitude and confidence. The problems have been the level of investment and availability of start-up money and those kinds of things. This makes it really clear in very specific time frame that the venture community is open for business and willing to invest in start-ups in this country.

Ryssdal: One of the things you highlighted today was the need to put more college graduates to work right away, getting into this economy and getting going. How are you going to do that? I mean other people have tried to kick start the labor market.

Ottelini: Well, it’s really simple. We had an idea that if the tech companies got together and would commit to essentially double their hiring of college graduates in 2010 versus 2009, that would be a big step forward. And in just a couple of weeks time we were able to get 17 tech companies to commit to 10,500 jobs, which will have an annual payroll of roughly a billion dollars.

Ryssdal: Is this a sign, you think, the fact that you were able to get 17 other companies to sign onto this initiative with you, is it a sign that companies are ready to hire again?

Ottelini: I think so. Each company might have its own motivation, but for tech companies, the latest and greatest graduates from universities are our life blood. And so by making this statement you make a pretty profound bet on the future, and you allow the colleges to be able to encourage their graduates to continue to work in these fields knowing that there will be jobs there.

Ryssdal: 10,000 jobs is a lot in absolute terms, but on the scale of things, within the U.S. job market, it’s not all that significant.

Ottelini: As a percent of our engineering and scientific graduates, it’s a pretty large number.

Ottelini: In our industry those numbers, those examples you gave aren’t exactly true. In the semiconductor industry, or people that design circuits, or people who work in high-end software, entry-level engineers in the United States are not that much more expensive than they are in India now, given the wage inflation we’ve seen in India. Secondly, in terms of manufacturing semi-conductor factories and operating them, the operating costs aren’t that much different, the construction costs aren’t that much different, what is different is the package of incentives and grants some countries give to put a new factory in. In terms of how you rationalize that you look at the overall capabilities, the four factories that we’re doing in the United States right now make a lot of sense given their local economics. The fact that we had a workforce for the most part in place, the fact that we had infrastructure in those sites.

Ryssdal: Paul Ottelini, the chairman and CEO of Intel. Mr. Ottelini, thanks so much for your time.

Ottelini: You’re quite welcome. Thank you. 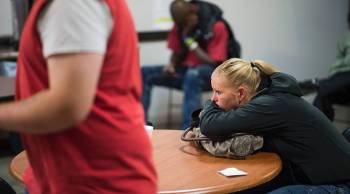 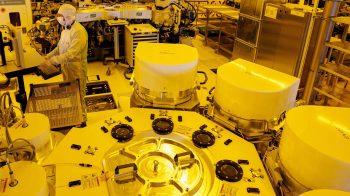