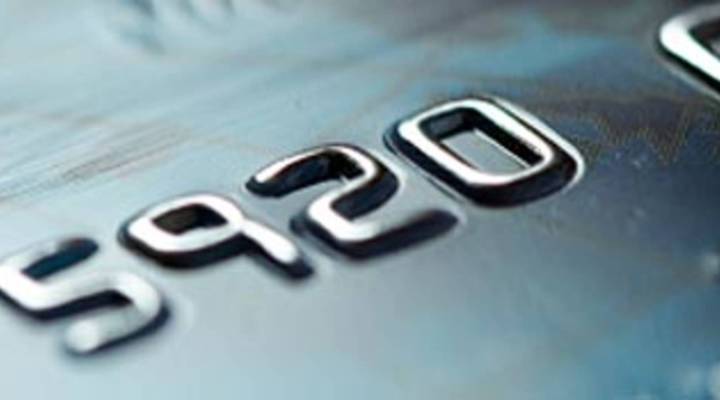 The loopholes of credit card reform

COPY
A number on a credit card iStockPhoto

The loopholes of credit card reform

A number on a credit card iStockPhoto
Listen Now

TESS VIGELAND: You’ve been waiting for it. I know you have. And it’s finally here. The bulk of the credit card reform act passed last spring takes effect on Monday. It lays down rules on everything from interest rates to fees, to how far industry representatives have to stay away from college campuses. But for everyone who’s thinking it’s safe to whip out that plastic, hold on there, shopper. Where there’s a rule, there’s a loophole.

We asked Marketplace’s Stacey Vanek-Smith to give us a roundup.

Stacey Vanek-Smith: Some of the biggest reforms in the Card Act deal with interest rates. Card companies make about two-thirds of their money from interest rate payments. Not hard to see why. Most cards can raise your interest rate at any time, for any reason, to almost any amount. But the CARD Act crackdown is coming.

Card companies won’t be able to raise your interest rate for the first year you have the card. And once they can, they have to give you 45-days notice and that new interest rate can only be applied to new charges. Your old balance stays with your old rate.

Of course, for every rule, there is a loophole.

Bill Hardekopf is the CEO of LowCards.com.

Bill Hardekopf: If you’re 60 days late on your payments, your interest rate can be hiked immediately.

And that higher penalty rate applies to what you already owe, as well as new charges.

Another loophole? The introductory rate. These cards come with special introductory offers, like zero-percent interest. The offer expires and your rate shoots up; no 45-day notice. And beware the discount rate offer, says Heather McGhee of consumer advocacy group Demos.

Confused? Yeah, that’s kind of the point. Here’s how it works: Say you sign up for a card that has an interest rate of 30 percent, but the card company offers you a special discount rate of 15 percent. So you pay 15 percent until the card company decides the discount is over and bumps you to the 30 percent rate. That 45-day warning? Doesn’t apply, because they’re not technically raising the interest rate on the card; they’re just taking away your discount.

Then there is the loopholes of all loopholes: the variable rate card, says Josh Frank with the Center for Responsible Lending.

Josh Frank: You’re getting a card now. If it’s a variable-rate card — which 95 percent of them are — expect your rate will go up.

Of course, interest rates are only half the story. Fees bring in $20 billion a year for card companies. The most notorious? The over-the-limit fee. Instead of denying your card, when you reach your limit, your card company approves the charge and slaps you with a fee for the privilege.

Under the CARD Act, your card will be denied if you try to go over your limit — unless you specially request overdraft protection. But the fee remains, says Josh Frank, with the Center for Responsible Lending.

Frank: Instead of charging an overdraft fee, you in fact reject the charges, and then, you charge them a fee for being rejected when they try and go over their credit limit.

College… It’s where your credit card education begins. Usually with a free t-shirt and a line of credit you can’t afford. The CARD Act bans card companies from campuses and outlaws those freebies. Also, students can’t get a card unless they prove they can afford the payments or have an adult co-sign.

So, you can send junior off to college without worrying about racking up huge credit card bills, right? Wrong, says Robert Manning, author of “Credit Card Nation.” He says card companies can still get to your kid by e-mail and direct mail. As far as making students prove they can afford a card? There’s a loophole for that, too.

Robert Manning: If a credit card company offered them a $300 line of credit, a year later, what’s to stop them from raising the line of credit to $1,500?

Bottom line: The CARD Act does crack down on some of the industry’s biggest money-making traps.

But, you still need to read the terms and conditions. That’s the encyclopedia that now accompanies your card. And you should probably read your statements really carefully. Oh, and did I mention that if you want them on paper? There’s a fee for that.

JUST WHEN YOU THOUGHT IT WAS SAFE TO BREAK OUT THE PLASTIC…
How credit card companies can still get you.

RULE: Interest rates
You have to be given 45 days notice before your interest rate can be raised. Your rate cannot be raised because you haven’t paid another bill on time. Also, new rate hikes can only be applied to future balances, not existing balances. Interest rates cannot be increased in the first year you own a card.

LOOPHOLES:
The interest rate rules do not apply to variable-rate credit cards, which now make up 95 percent of what the credit card industry offers. Variable-rate cards are supposed to be pegged to the “prime rate,” but there are exceptions:

1. The prime rate currently is extremely low, and it will only go up from here.

2. Issuers have cards with high initial rates, but customers will always pay a discount rate (e.g., the initial rate is 29 percent, but you pay a special discount rate of 11 percent). As soon as you miss a payment (or pay another bill late) the “initial rate” on your card kicks in. Because it’s not technically a rate bump, the card issuer doesn’t have to give you notice.

3. Card issuers can offer introductory rates with an expiration date, so read the fine print.

RULE: Opting in
Credit card companies cannot charge you fees for going over your limit, unless you sign up for an over-limit program. However, they may deny you a card.

Loopholes:
1. Card companies will charge a fee if you hit your limit. So your card will be shut off until you pay a “bounced-card” fee.

2. Card companies may try to persuade you to opt in, saying the government is trying to take your freedoms away.

3. If your payment is more than 60 days late, penalty fees will apply.

Loopholes:
1. This rule applies to “fee harvester” cards — mostly subprime cards whose fees were often 90 percent of the credit limit. These cards have simply jacked up their interest rates as high as 80 percent.

2. The 25 percent limit applies only to the first year of card ownership.

3. Many fees are being relabeled as “penalties” and “transaction charges” (the 25 percent fee does not apply to “penalties”).

RULE: If you make more than a minimum payment, your money goes to the balance with the highest interest rate (often a cash-advance rate).

Loopholes:
1. This rule only applies if you pay more than the minimum due.

2. It does not apply to certain cards with things like “deferred interest” plans.

RULE: Student Restrictions
Card issuers cannot give a card to a minor without either a guardian’s permission or proof that the student can pay. They cannot give merchandise away to students signing up for cards or set up within 1000 feet of a campus.