Kai Ryssdal: When you go into a store in this country to buy something, the price you pay is pretty much the price that’s on the item in question. Other than maybe cars, there’s usually not a whole lot of room for negotiation. So it will surprise you not at all to learn that the pricing mechanisms for virtually everything in this economy are tilted heavily in favor of the people doing the selling.

William Poundstone explores our understanding of why we pay what we pay in his new book. It’s called “The Myth of Fair Value.” Will, it’s good to have you with us.

William Poundstone: Yeah, it’s good to be with you.

Ryssdal: Is there such a thing as fair value? I mean, that’s the nub of this book.

Poundstone: Yeah. Well I started researching this thinking there was, but then when you look at the psychology and what they found in the past 20 years, you really begin to doubt that.

Ryssdal: Well, tell me about the psychology then? What are the experiments that let us know where we’re getting ripped off basically?

Poundstone: Yeah, they started looking into how people make decisions. And they found that perceptions of value can be very easily manipulated by the context of the situation. To give an example, if you’re looking at flat-screen TVs and you see one that’s marked $800 and next to it is one marked $1,000 with a $200 rebate. Most people will prefer the rebate. So that’s why about 30 percent of all TVs now are sold with these rebate coupons.

Ryssdal: So these guys were watching when I was shopping for my flat screen a couple of months ago.

Ryssdal: That’s exactly what happened to me. But I mean, it goes down to a jar of peanut butter, too. You talk about that in your book as well.

Poundstone: Yeah, exactly. They found that every time a company has to raise prices, people are inclined to switch brands or switch stores. So what price consultants, as they call them, are recommending companies do is make the package just a little smaller. If you get a Skippy’s peanut butter jar and turn it over, you’ll see that there’s now a dent in the bottom. And the whole purpose of that is so that there’s an ounce-and-a-half less peanut butter in there, which means they could keep the so-called “same price.” So as long as you don’t realize they’ve raised the price, people are happy.

Ryssdal: Context is everything. You have this great diagram of a menu, I think, from a New York City restaurant and you break down, you know, which price is where and why it’s all set out. It’s all about how the consumer perceives that data.

Poundstone: Mmhmmm. Yeah, menus are an area where price consultants have had a huge effect. They’ve found that if they use center justification of the menu item, so the prices don’t end up all in a straight column, you pay a little less attention to them. So you’re more inclined to order what you really want, which often tends to be kind of expensive.

Poundstone: Exactly. I looked at how much a text message really should cost in economic terms, based on the price you pay for bandwidth from a cell phone. And it comes to about one-one thousandth of a penny, so rounded to the nearest penny, is free. But obviously, people are paying a lot more than that; it averages around 20 cents each.

Ryssdal: Yeah. Once again, you’ve been in my house and you’re seeing how my personal economy works. Has any of this changed in the last two years, since the economy really went for the worst?

Ryssdal: When they are sitting in those back rooms, trying to figure out how to price something and strategizing about the marketing, what goes through their mind? What is that decision matrix that they have?

Poundstone: Well, it’s become very empirical today, because when they introduced bar codes and Internet sales, now they’ve got all this data and they look and see, you know, we had this promotion and it caused so much more sales, we had more this promotion and no one noticed. So they really know what affects people’s decisions and they make the most of that.

Ryssdal: William Poundstone. His book is called “Priceless: The Myth of Fair Value.” Will, thanks a lot. 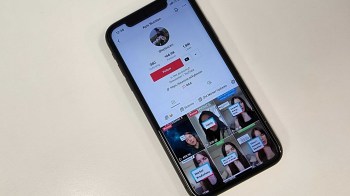