Barclays will make BlackRock a leader

Barclays will make BlackRock a leader

Bill Radke: The European Union has given the all-clear for a multibillion-dollar American acquisition. U.S. fund manager BlackRock will be allowed to buy a big chunk of assets from the major British bank Barclays. The deal will turn BlackRock into a world leader. From Marketplace’s Europe Desk in London,
Stephen Beard has more.

Stephen Beard: Blackrock agreed to buy most of Barclays’ investment unit back in June. Today the E.U.’s competition commission gave its blessing. Even though the new firm will be gigantic. It’ll have $2.8 trillion worth of funds under its belt. That’ll make it the world’s biggest money manager.

For Blackrock, the economies of scale should be a major boon. And, says Jeff Goldfarb of the financial website Breaking Views, there are other benefits too:

Jeff Goldfarb: Barclays will stay in as a minority holder and there’s the opportunity for Blackrock to access some of Barclays’ customers, which is a huge advantage for them as well.

Blackrock, founded only 20 years ago, has profited handsomely from the financial crisis. Barclays was under pressure to sell its investment arm to bolster its balance sheet. And Blackrock is now earning big fees managing the toxic assets of Bear Stearns and AIG. 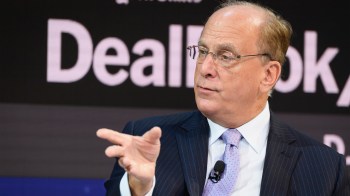 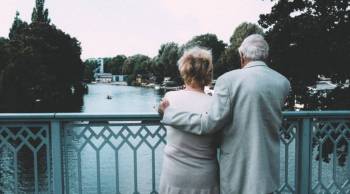