Good morning. Hope you had a good weekend. We’ll start the morning with astonishing remarks and one unbelievable question:

Needing to have your head examined (USA Today) Seriously, someone wrote in and asked this:

Q: Is it a good idea to invest the $40,000 I plan to use in two years to add onto my house in a risky stock? That way, maybe I can afford a bigger addition?

I was startled last week when Mr. Obama, in an interview with Bloomberg News, questioned the case for limiting financial-sector pay: “Why is it,” he asked, “that we’re going to cap executive compensation for Wall Street bankers but not Silicon Valley entrepreneurs or N.F.L. football players?”

That’s an astonishing remark — and not just because the National Football League does, in fact, have pay caps. Tech firms don’t crash the whole world’s operating system when they go bankrupt; quarterbacks who make too many risky passes don’t have to be rescued with hundred-billion-dollar bailouts. Banking is a special case — and the president is surely smart enough to know that.

What to do with the ratings agencies (The New Yorker)

Congressman tries to prove B of A pulled a fast one (New York Times) Bank of America thought it could sneak through using old tricks. Not so fast.

Forty years on, that remarkable paper reads like a work of clairvoyance. “In a few years,” it began, “men will be able to communicate more effectively through a machine than face to face.” It forecast that the network would provide some services for which you’d “subscribe on a regular basis,” like investment advice, and others that you would “call for when you need them,” like dictionaries and encyclopedias. Communicating online, it concluded, “will be as natural an extension of individual work as face-to-face communication is now.” Sound familiar? 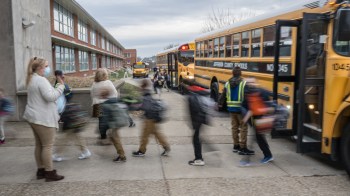