So, who really calls the shots?

So, who really calls the shots?

Chrysler’s bankruptcy is shaping up to give us all a terrific window on Washington, and who really holds power there.

Senator Dick Durbin said yesterday that the banks “are still the most powerful lobby on Capitol Hill. And they frankly own the place.” But President Obama has his game face on. He came out swinging against the holdouts to the Chrysler reoranization plan yesterday.

While many stakeholders made sacrifices and worked constructively, I have to tell you some did not. In particular, a group of investment firms and hedge funds decided to hold out for the prospect of an unjustified taxpayer-funded bailout. They were hoping that everybody else would make sacrifices, and they would have to make none. Some demanded twice the return that other lenders were getting.

Stirring stuff, but Obama’s got his work cut out.

The financial services industry has one of the strongest lobbies on theHill, hence Durbin’s comments. Arianna Huffington points out the banks convinced senators to kill the cramdown legislation yesterday, and even managed to neuter the Credit Card Holders’ Bill of Rights.

…all but one of the consumer-friendly provisions of the bill won’t take effect for a year. And the bill doesn’t contain any cap on credit card interest rates — an amendment to cap rates at 18 percent never got any traction. And, of course, the bankers will get another crack at derailing credit card reform when the Senate takes up its version of the bill, sponsored by Chris Dodd, later this month.

Harry Truman was famous for having a sign saying “the buck stops here” on his desk. THe Truman Library says the phrase derives from the slang expression “pass the buck” which means passing the responsibility on to someone else.

The latter expression is said to have originated with the game of poker, in which a marker or counter, frequently in frontier days a knife with a buckhorn handle, was used to indicate the person whose turn it was to deal. If the player did not wish to deal he could pass the responsibility by passing the “buck,” as the counter came to be called, to the next player.

That’s a nice buckhorn-handled knife there, Mr President. Unfortunately the banks are playing this game with a chainsaw. 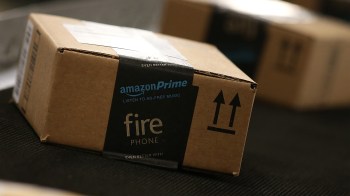