Outrage, from the Left

Outrage, from the Left

Just read a compelling interview with Naomi Klein, author of Shock Doctrine. For a liberal who I’m sure didn’t participate in the tea party protests, she sure sounds just as angry as those people. She begins: “I’m appalled at news that there’s a 17-year-old girl who is facing jail time for having a few beers and breaking a window at the RBS Bank during the G-20 protests, when not a single banker is going to jail for burning down the global economy. What kind of a system is that?”

You can read the entire interview here, but I’ve pulled out a few highlights. She really goes after the administration for hiring Treasury Secretary Tim Geithner and especially, Larry Summers, the head of Obama’s National Economic Council:

I think that somebody who played a key role in pushing shock therapy economic policy on Russia in the ’90s, when 72 million people were thrown into poverty, should not be declared a genius. I’ve really been struck recently by the fact that this is such a boys’ club that we’re talking about. Men get sort of deified and their intelligence inflated beyond all reason and evidence — the “maestro” Alan Greenspan and the “oracle” Larry Summers, as he was recently declared in The New Republic — really projecting onto these guys otherworldly intelligence, otherworldly powers. And I’m calling this the “brain bubble” because I actually think it’s more dangerous than the real-estate bubble, and I think it’s more dangerous than the subprime mortgage crisis.

JOAN: It infantilizes the watcher.

NAOMI: It infantilizes all of us because these men are just too smart for us, so that we just have to trust them, no matter how spectacularly and repeatedly wrong they have been.

JOAN: Who profits from the heist? From the Wall Street bailout?

NAOMI: This is an unprecedented transfer of public wealth into private hands. And it has been done on completely false pretenses. We were told that when they announced the first $700 billion it was to get the banks to start lending again. And then the banks said, “Oh, actually we’re just going to keep it because it makes us comfortable.” It’s theft. And it’s not mysterious who profits from it. Who profits from it is exactly who seems to be profiting from it. Who will pay for it are the most vulnerable people in the world. And that’s why, maybe, I wouldn’t call it a crime against humanity. I think it is, honestly, a class war.

On the need for women in the administration to be heard:

Brooksley Born [chairwoman of the Commodity Futures Trading Commission], who, during the Clinton administration, blew the whistle on the unregulated derivative industry and wanted to regulate it like any other banking sector. For her prescience she was bullied by Rubin and Greenspan and Summers, who’s actually the enforcer of the three. He was the one who called her. They argued that just by talking about the need to regulate derivatives, she was going to create market panic. So not only wouldn’t they consider it, they wouldn’t even let her talk about it.

She saw this whole crisis coming. You often hear this: “Well, no one saw this coming.” And that is such a reflection on who these men believe is someone. But there are so many people who saw this coming, and they’re considered nobodies. The only way you get to be a somebody is if you agree with them. Brooksley Born saw it coming. Elizabeth Warren has been an incredible watchdog. Sheila Bair, chair of the FDIC, also had a much more principled and ethical vision of what the bailout should be, in arguing that they should be offering direct aid to homeowners, as opposed to this top-down bailout. I feel like this gender split is not coincidental. There’s a need for more of a feminist analysis in understanding how we got here.

On Obama’s supporters not protesting:

For the people who sent the $100 donations and volunteered their time for the Obama campaign, the only way to respond to this is to push hard from the other direction. Because the dynamic where Obama’s grassroots support just cheers him and defends anything he does, while the Wall Street heavy hitters and the defense companies take the gloves and lobby hard for their agenda does not work. The grassroots will lose that battle because they aren’t actually fighting. What they’re saying to Obama is, “You can take us for granted.”

On the President’s strategy:

I’m not saying Obama is corrupt. But I’m saying that, so far, what he has actually done is go to great lengths to reassure Wall Street and it’s very much a top-down recovery model, which is the opposite of what he campaigned on. He campaigned on the idea of a bottom-up recovery. Reinvesting in Main Street, reinvesting in manufacturing. That can happen, but only if we demand it, because in Washington the momentum for the status quo is so tremendous. That’s the problem with the bailout.

His stimulus package has some very, very good things in it. The news is not all bad. But the problem is that the bank bailout is so bad that it practically cancels everything else out, in the sense that taxpayers have taken on so much risk, so much debt in the interest of bailing out the banks, that they’ve created a crisis down the road which will then be used to justify cutting social security, cutting health care and not making good on those promises. 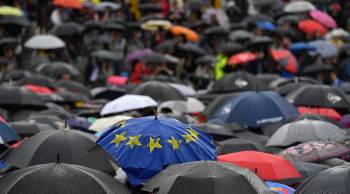