Lewis spills the beans too late

Lewis spills the beans too late

Bank of America CEO Ken Lewis has revealed his version of what happened behind the scenes of the bank’s deal to buy Merrill Lynch. The Wall Street Journal cites testimony from Lewis to New York’s attorney general. Lewis says he believed former Treasury Secretary Henry Paulson and Fed Chairman Ben Bernanke wanted him to keep quiet about billions of dollars in losses at Merrill so that the deal wouldn’t collapse.

Disclosing losses at Merrill — which eventually totaled $15.84 billion for the fourth quarter — could have given BofA’s shareholders an opportunity to stop the deal and let Merrill collapse instead.

“Isn’t that something that any shareholder at Bank of America…would want to know?” Mr. Lewis was asked by a representative of New York’s attorney general, Andrew Cuomo, according to the transcript.

“It wasn’t up to me,” Mr. Lewis said. The BofA chief said he was told by Messrs. Bernanke and Paulson that the deal needed to be completed, otherwise it would “impose a big risk to the financial system” of the U.S. as a whole.

Lewis goes even further and says Paulson threatened his job:

“I can’t recall if he said, ‘We would remove the board and management if you called it [off]’ or if he said ‘we would do it if you intended to.’ I don’t remember which one it was,” Mr. Lewis said. “I said, ‘Hank, let’s de-escalate this for a while. Let me talk to our board.”

I don’t know how much of this is Lewis covering his own fanny, but he said it under oath, so I’ll give him the benefit of the doubt. I’m sure the government did pressure Bank of America to buy Merrill Lynch. You remember what it was like last fall. The last thing Paulson and Bernanke wanted was another Lehman, and let’s face it, they crammed Merrill Lynch down B of A’s throat.

That doesn’t let Lewis off the hook. I’m sure if Hank Paulson breathes down your neck, it gets pretty uncomfortable. But Lewis is supposed to be a guardian for his shareholders and his employees, not a guardian of secrets that could eventually wipe out both:

By keeping mum, the CEO of one of the biggest U.S. banks appeared to set aside a basic tenet of American-style finance — that, above all, companies must disclose material information to shareholders and potential investors

“Regulators are supposed to tell you to obey the law, not to disobey the law,” said Jonathan R. Macey, deputy dean of Yale Law School. “If you’re the CEO, your first obligation is not to your regulator, it’s to your institution and shareholders.” 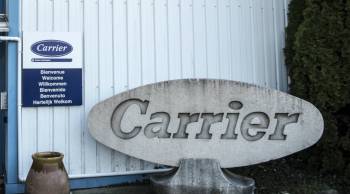