Washingtonians sneaky to be squeaky

Washingtonians sneaky to be squeaky

Steve Chiotakis: Residents of Spokane County, Washington, have a greasy situation on their hands. The county passed an almost total ban on phosphate. The chemicals pollute lakes and rivers. But consumers complain household products without phosphates don’t get things squeaky clean, and some people have taken to trafficking banned soap. Here’s Marketplace’s Jennifer Collins.

Jennifer Collins: Laurie Jackson tried phosphate-free detergent. But it just spread the grime around. So one day, she was across the border in Coeur d’Alene, Idaho and she spotted a Costco.

Laurie Jackson: And I ran in and I got two, three, four, five of these big Costco-sized boxes.

And that’s how Laurie Jackson became a soap smuggler.

Jackson: I just felt like a traitor, buying this stuff and bringing contraband back into Washington. But I’ll tell you what, my dishes are nice and clean.

It’s that pursuit of clean dishes that have Washingtonians flocking across the border. Steve Marcy manages the Costco in Coeur d’Alene and says his detergent sales are up more than 10 percent.

Steve Marcy: I’ve made a couple comments to them, just asking, are you from our Spokane neighbor’s area? And they always say: How’d you know? And I just look at their soap and they say, “Oh, yeah.”

Contraband soap may be coming to a state near you. Twelve have already passed some sort of phosphate ban — most going into effect in summer next year. 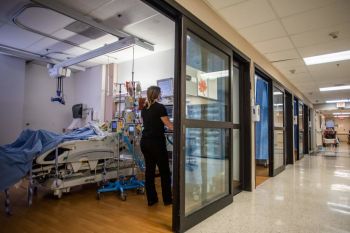