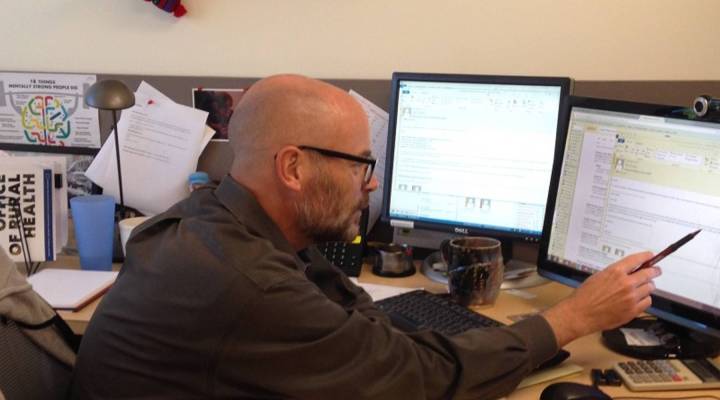 Since it passed in 2010, the Affordable Care Act has given millions of Americans access to mental health coverage. That’s created a demand for providers,  especially  in rural areas and some underserved communities.

To lure more people into the industry, state and federally funded loan forgiveness programs are gaining traction. They work by paying off a portion of a provider’s student debt in exchange for employment in an underserved area.

Angela Vargas was awarded $10,000 through an Oregon loan repayment program to go toward her student debt. In exchange, she took a job as a mental health counselor at a Native American community in rural western Oregon.

“It was very different for me because I had started out in downtown Portland, and so it was a huge transition,” Vargas said.

“There are parts of country where you may have to literally go hundreds of miles to find a psychiatrist,” said Ron Honberg, senior policy advisor at the National Alliance on Mental Illness.

In 2014, Oregon expanded its Medicaid program. Enrollment increased by 57 percent, which means a quarter of the state’s population has Medicaid, and all those people are eligible for mental health coverage. To fill in the gaps, rural Jackson County, in southern Oregon, has hired more than 60 mental health providers in the past year, who can apply for a variety of loan forgiveness programs.

“I consistently get emails from new staff or people who are in interviews who have said to me, ‘One of the reasons I came here was to be able to benefit from this program,’” said Aja Stoner, program manager at Jackson County Health and Human Services.

“The challenge with loan repayment, whether it’s for mental health workers or anybody else, is once you’ve completed your commitment, do you retain them?” said Robert Duehmig, deputy director of the Oregon Office of Rural Health.

Angela Vargas would like to keep her job. In addition to the loan repayment, she makes $65,000 a year. But she has six children and, “I am still actively working on paying the student loan off,” she said.

Vargas’ debt is still more than $100,000, even after the loan repayment. She’s also looking to apply for other loan forgiveness programs.