Bill Radke: President Obama’s auto task force in Detroit today. The team is looking into whether to rescue General Motors and Chrysler. The White House faces a March 31 deadline for deciding whether to give those two companies almost $22 billion more in federal assistance.

Ford has not applied for government assistance, but it is hurting as well. Ford is looking to unload its struggling Volvo division so it can raise cash and keep the rest of its operations going. Over the weekend, rumor had it a couple of Chinese companies were about to make a bid. From Shanghai, here’s Marketplace’s Scott Tong.

Scott Tong: Chinese automaker Geely has picked an investment bank to advise it on bidding for Volvo; that’s one rumor. Another says Chinese brand Chery just got the government’s permission to make its own bid. Lots of chatter lately about some Chinese acquisition of Volvo, or GM Saab brand, even assets of Chrysler.

Bill Russo: They definitely want to be on the world’s stage, equivalent to the brands with the highest level of esteem. And the only way I see of getting there any time within the next 10 years will be through an acquisition process.

Many Chinese automakers have the financing to pull off a deal. But none have managed a global brand before. And the brands in question may need a slew of repairs. Volvo, for instance, lost $1.5 billion last year. 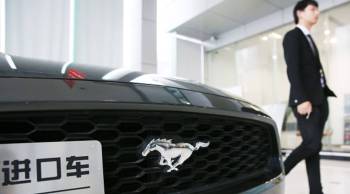