Bill Radke: There’s a new report out today from the nonprofit Project on Government Oversight. It finds that the FDA is not doing enough to guard patients’ health when it comes to life-saving medical equipment. We get that story now from Washington and reporter Ronni Radbill.

Ronni Radbill: Saying the FDA is playing a high stakes gamble with patients’ lives, the Project on Government Oversight, or POGO, wants better regulation of some high-risk medical devices. They include pacemakers, replacement heart valves and internal defibrillators.

The FDA’s Center for Devices and Radiological Health is charged with overseeing the equipment’s safety before it’s used. But POGO says that’s not happening.

Dr. Ned Feder: Top officials of this part of the FDA decided that the labs would monitor themselves for safety.

Peter Lorey with the nonprofit consumer advocacy group Public Citizen says the lack of oversight is an ongoing problem:

Peter Lorey: As much as we worry about the safety of drugs and the way inspections are done in the drug area, we have an even greater reason to be concerned about the way medical devices are inspected and the way they are improved in this country.

The FDA says it hasn’t read the Project on Government Oversight report, and isn’t prepared to comment. 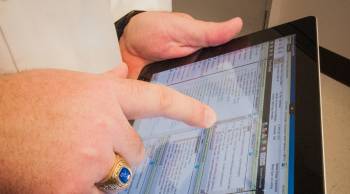