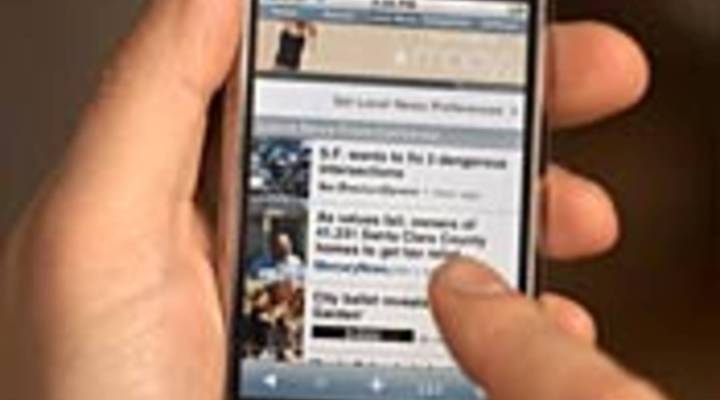 Smart phones are watching you

COPY
AP news on an iPhone (Courtesy of Associated Press)

Smart phones are watching you

Bill Radke: Remember when the big complaint about cell phones was people bellowing into them? Oh, our phones are so much more — calendars, music players, web surfers, shopping portals. All that usefulness could be kind of a problem. Today, two consumer advocacy groups are petitioning the Federal Trade Commission to investigate the mobile industry and lay down some privacy rules. Marketplace’s Stacey Vanek-Smith has more.

Stacey Vanek-Smith: The Center for Digital Democracy and the U.S. Public Interest Research Group are asking the FTC to investigate how mobile devices can mine data from users.

The Center for Digital Democracy’s Jeff Chester says smart phones have gotten a little too smart:

Jeff Chester: We don’t think consumers understand that the mobile device they’re carrying in fact has been designed to be this kind of commercial surveillance tool.

Chester says right now, marketers can see everything you do on your phone, from buying shoes to banking. They can even find out where you are at any given moment.

Yankee Group media Analyst Daniel Taylor says that is a lot of information, but marketers can already get most of it from your computer, and mobile advertising has some real limits.

Daniel Taylor: The screen is small and most publishers have decided that they’re really only going to be able to deliver one ad per mobile web page.

Still, Taylor says, while most parts of the advertising industry are expected to contract over the next few years, he expects mobile advertising to grow about 9 percent.