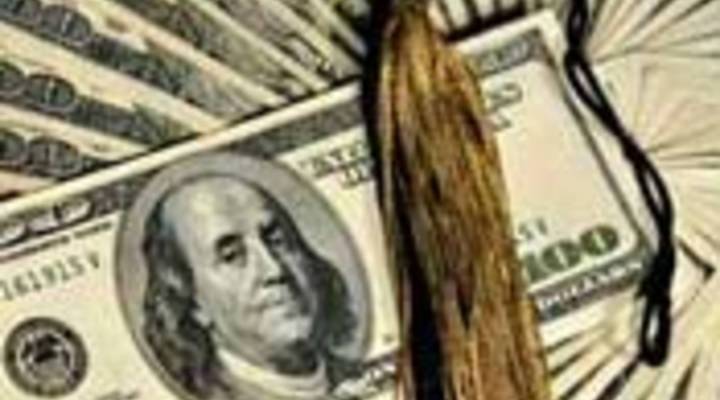 Scott Jagow: There’s a study out this morning from the Chronicle of Higher Education about admissions. Here’s Stacey Vanek-Smith.

Stacey Vanek-Smith: The number of students applying to college continues to rise, and 2008 was no different. But this year did see one major change. About half of colleges said fewer students than usual accepted offers.

Martin VanDerWerf headed up the study. He says the reason for the fall-off: Money.

Martin VanDerWerf: A lot of students and their parents started thinking that the college that they had committed to, they could no longer afford. Another thing that parents did, is they accepted admittance at a number of different colleges, and then waited to see who would get them the best financial aid offer.

VanDerWerf says cost is becoming a top priority. Applications are up at community colleges and public universities. But for some private institutions, the future looks bleak.

VerDerWerf: The gravity of this financial situation is probably going to end up in some colleges closing.

VanDerWerf says small, private colleges are especially vulnerable, since many of them rely heavily on tuition to stay afloat.