KAI RYSSDAL: Here’s a quick current events quiz. Who wrote the lead story in whichever newspaper you read today? A lot — maybe even most — people don’t pay much attention to bylines. If they did, they’d see a good number of them belong to the Associated Press.

Tomorrow, CNN’s going to launch a play at getting into the wire service game.

STACEY VANEK-SMITH: The Associated Press is the largest news organization in the world. It’s been providing content to newspapers for more than a century. But the Chicago Tribune, the L.A. Times and others are planning to drop the service to cut costs. Subscribing to the AP can run hundreds of thousands of dollars a year.

Tom Rosenstiel: CNN is a significant brand. And it has bureaus around the world. They’ve already got this established institution generating material. And just redistributing and repurposing that material to newspapers could come at a relatively low cost.

Rosenstiel says a wire service would let CNN make more money off of the written content it’s already providing for its website. And, he says, it would broaden the cable network’s reach.

Rosenstiel: For CNN, it could be a way of extending its brand. So you’d see that CNN byline on all these stories in newspapers and on websites — not just at CNN.

But the AP still has some big advantages, says newspaper analyst John Morton. He points out that the wire service is a nonprofit. It doesn’t face the same cost pressures as other news organizations.

John Morton: AP is not profit-seeking. Its competitors always have been, and that can make a big difference in the long run.

So could size. The AP has 3,000 journalists all over the world, and it’s lowering its prices. The AP announced a cut in October that will save member newspapers about $30 million a year. 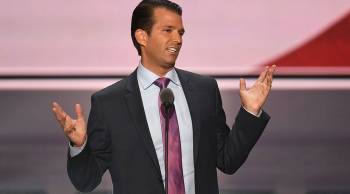