France brushes up on modern art

France brushes up on modern art

Kai Ryssdal: Officials in Paris did something daring today — for them, at least. The City Council said it’s going to think about raising the height limit for buildings in the City of Light to 650 feet — they’re currently capped at less than 150. For a country where aesthetics have always been so important, that’s no small change.

And the French art market is changing, too, although not as fast as some would like. The country that’s known for producing masters like Monet and Matisse is falling behind in the world of contemporary art, so the government’s trying to encourage buyers to think beyond ballerinas and pastel landscapes.

John Laurenson: At his Paris studio, artist Mathieu Mercier shows me some work-in-progress. Old catchers’ masks that he’s going to mount on pedestals and display as if they were tribal art from Africa.

Mathieu Mercier: They are vintage baseball masks and some are completely used and destroyed.

Laurenson: And how much do you think a work like that would bring?

Mercier has work in over 200 private collections. He’s doing well, but the French contemporary art market has been left behind by Britain and America and all that new money from Russia and China has pretty much passed France by.

Martin Bethenod is the director of the Paris Contemporary Art Fair. He says private collectors have been slow to develop a taste for contemporary art.

Martin Bethenod: When, for example in the United States, someone becomes rich, he goes to the art of his time. Until the very last years, French collectors went to Eighteenth Century furniture or Impressionist paintings, the most classical and most historical.

Overall, the French art market is worth about $12 billion a year, but all that focus on the old masters makes it hard for a new generation of artists. But now, there is a real determination to revitalize the modern art scene.

Here at the Paris Contemporary Art Museum, a machine that appears to be broken suddenly hurls a glass bottle against a wall at 400 miles an hour causing delight and anxiety. The opening of this public museum six years ago has done much to increase the prestige of contemporary art like this among French collectors, but it hasn’t been enough and now the government’s stepping in.

Under a proposed law, corporate collectors will get generous tax breaks when they buy work from living artists. French auction houses will be deregulated and guarantee minimum prices and individuals will be offered interest-free loans.

In his apartment crammed with contemporary art, Collector Gilles Fuchs. He shows me a work made of black bound books perched on the rafters like swallows. Before he retired, Fuchs was the director the Nina Ricci fashion house. He says the French corporate sector is way behind Switzerland and Germany, for example, where many big companies have important collections. Fuchs believes the new tax breaks will encourage corporations to get out their cheque books.

Fuchs: When I was president of Nina Ricci, I used to make windows with artists and everyone in the company was interested.

Curators and critics know everything and love nothing, Fuchs tells me with a twinkle in his eye. Private collectors know nothing and love everything. That enthusiasm, as France is recognizing, is now worth more than ever. 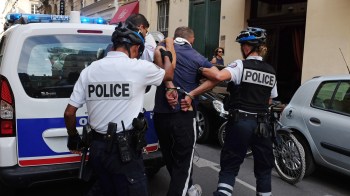 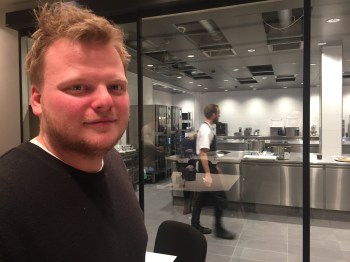