Kai Ryssdal: Today, one of the country’s biggest philanthropic organizations did what it does best: It gave away bucketfuls of money.

The Howard Hughes Medical Institute says it’s going to bankroll 56 scientists. They’ll split a pot of more than $600 million for their research.

But you’ll notice I didn’t say what that research is for. That’s because it doesn’t really matter. Unlike most grants, today’s money isn’t tied to specific projects.

Jeremy Hobson explains it’s going to be given to scientists directly, who can then study whatever they want.

Jeremy Hobson: The Hughes Institute wants its researchers to go out on a limb.

Tom Cech is the organization’s president.

Tom Cech: Often in the course of research, you stumble upon leads to your question that were different from what you originally proposed and by funding the person, not the project, we are freeing people up to follow those leads.

For example, he says, one investigator started out studying retroviruses, but he switched gears and started building miniature arrays to look at the expression of genes in an organism — don’t worry, I have no idea what that means either.

Cech: But before long, he was looking at typing various sorts of leukemias and lymphomas and breast cancers. So he moved into the cancer area with tremendous results.

But Kei Koizumi says funding the person instead of the project isn’t always a good idea. He heads the R&D budget and policy program at the American Association for the Advancement of Science.

Kei Koizumi: Funding a person does carry a little bit more risk because you don’t know what that person’s going to come up with and of course, that is true if you’re funding a research project as well — you’re not sure what the result is, but you are at least more sure about what kind of goal you are reaching for.

Koizumi says ideally, every funding institution would have a mix of both high and low risk grants, but he says the Hughes money has taken on a new significance because of stagnant funding at the National Institutes of Health and many scientists say a tighter budget has made the NIH less willing to take risks. 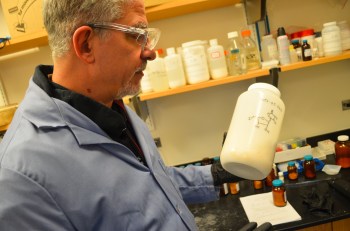