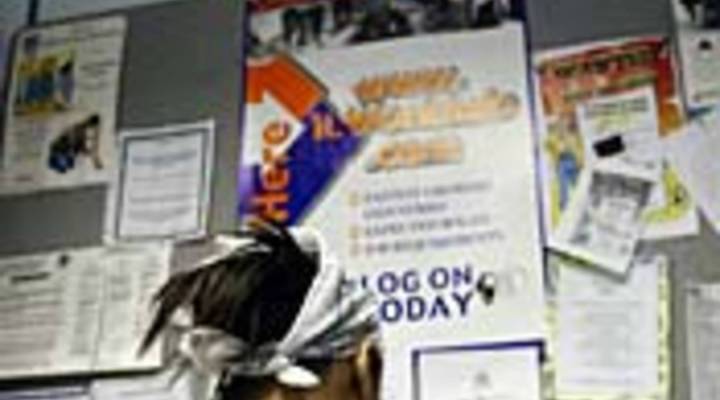 Not so much help wanted these days

Not so much help wanted these days

Scott Jagow: Now, let’s move onto the job market. The Help Wanted Index comes out today. It’s one of the oldest job market trackers in the country. It tallies up classified ads. Stacey Vanek-Smith has more.

Economist Ken Goldstein says no matter where you look, the picture’s pretty bleak.

Ken Goldstein: Whether we look at online advertising or print advertising, it’s crystal clear that we’ve seen a change. And a rather dramatic change over the landscape in the last three to six months.

Goldstein says up until now, job declines were concentrated in certain areas of the country. Now they seem to be hitting everyone. Even traditionally strong regions like the Southeast.

Goldstein: If we’re not in recession, this is very slow growth. This is about as slow as you can go without necessarily going into recession.

And the recovery will likely be slow as well, says Goldstein. High prices for food and gas have consumers cutting back on spending. And that is very bad news for businesses across the board.