KAI RYSSDAL: The Pacific Time Zone worked to Californians’ political advantage last night. We were able to get all the late returns and still be in bed by 10. For those who did stay up until the wee small hours, more of you tuned in to cable news than have in the past. Not as many flipped over to the broadcast networks, and although you couldn’t tell just by last night, politics is going to boost the long-term economic fortunes of the Internet.

JEREMY HOBSON: Here’s where one interested voter in Washington, D.C. got her election news.

VOTER: We watched CNN last night and I’ve been browsing the Net this morning.

Carroll Doherty, of the Pew Research Center, says that’s pretty typical this year. The number of Americans getting campaign news from the Web is triple what it was in 2000, but people still prefer TV on election night. Pew conducted a poll on who followed Iowa Caucus returns as they came in last month. Nearly a third of respondents said they did.

JIM VANDEHEI: I don’t think we’ll be profitable this year. I hope we’re profitable next year, which for a start-up company that has 80 employees, I think that’s pretty good.

VandeHei says building the brand by getting Politico reporters on TV and radio has been key to bringing in advertisers, but TV needs the Net, too. Chris Ariens of MediaBistro.com says just look at ABC last night, with the Facebook logo on the screen.

CHRIS ARIENS: Trying to reach out and grab as many younger viewers as they can, and show that they understand the Internet.

They’d rather tie their fortunes to a growing demographic than an aging one. 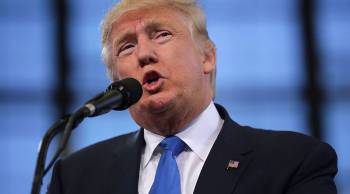