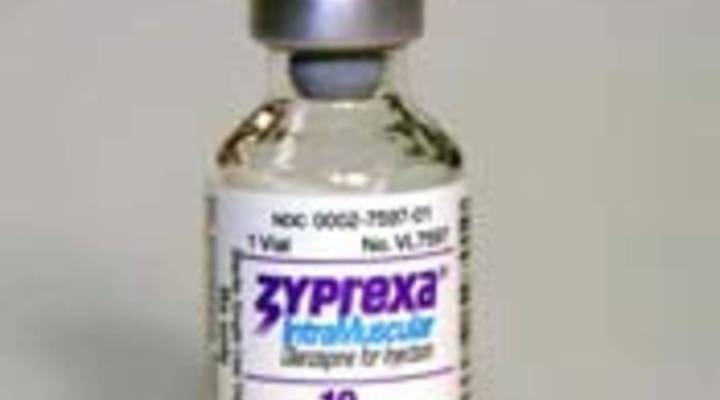 KAI RYSSDAL: Drugmaker Eli Lilly could wind up paying a billion dollars or more to settle allegations surrounding its top-selling drug, Zyprexa. It’s approved to treat schizophrenia and severe bipolar disorder. But federal prosecutors say the company pushed the drug as a remedy for other ailments as well. If this all sounds oddly familiar — and it does — Stacey Vanek-Smith can tell you why.

STACEY VANEK-SMITH: When pharmaceutical companies promote drugs to treat ailments those drugs haven’t been approved to treat, it’s called off-label marketing. Eli Lilly is accused of encouraging doctors to prescribe Zyprexa to dementia patients when the drug was approved only to treat bipolar disorder and schizophrenia. Nielsen Hobbs is with Pink Sheet, a pharmaceutical industry newsletter.

Nielsen Hobbs: The settlement seems to focus on an alleged deliberate effort by Lilly to increase the kinds of people that were taking the product.

Last year about 4 million Zyprexa prescriptions were written in the U.S., and the drug accounted for about a third of Lilly’s revenue. Strategic Pharma Consulting Group’s Mark Ravera says nearly every major drug company is under investigation for off-label marketing. And insurance companies are leading the charge.

Mark Ravera: There is a very clear financial motivation on both sides — on the drug company to expand use, and on the part of the third-party payer to make sure that everything is being used within the letter of the law.

Drug companies want to broaden the market for their drugs. Over the next several years a lot of blockbuster drugs will roll off patent. As generics crop up, they could steal away a third of drug companies’ sales revenue. Lilly’s billion-dollar fine would be the largest ever paid for breaking off-label marketing laws, but Ravera says even that won’t be a big deterent.

Ravera: It’s a public relations problem, but it’s certainly not going to be causing them to be out front selling lemonade and brownies to raise the money for it.

Ravera points out that Eli Lilly has already paid out more than a billion dollars to settle thousands of lawsuits from people who claim they developed health problems after taking Zyprexa.