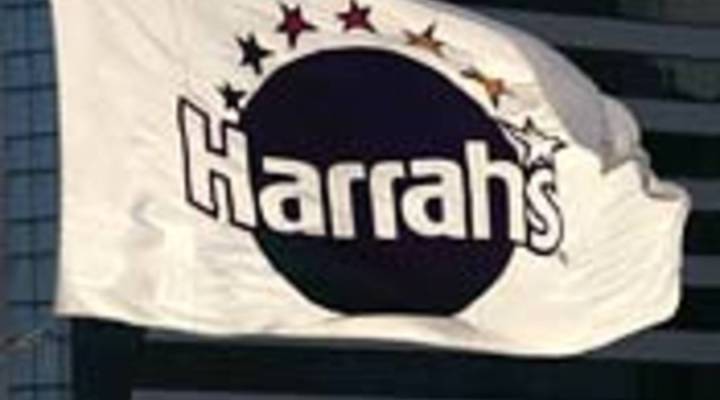 Scott Jagow: The perfect example of banks being afraid to lend right now is the Harrah’s casino deal. Last year, two private-equity funds teamed up to buy Harrah’s. They asked Bank of America and Deutsche Bank to come up with almost $10 billion to pay for the deal.

Today’s the day the banks are supposed to hand over that money, but they’ve had trouble getting co-investors. More now from Stacey Vanek-Smith.

Stacey Vanek-Smith: Investors usually love gaming company debt. Not in this market. Bank of America and Deutsche Bank had to cut the price on Harrah’s high-yield loan by more than 3 percent to sell it. And Harrah’s isn’t the only deal that’s been hard to shift.

Mike Bacevich is with Hartford Investment Management. He says banks are sitting on about $230 billion of this debt.

Mike Bacevich: There’s been some success in moving some of these loans, but it’s been a tiny fraction compared to the corporate go-go days of just a year ago.

Bacevich thinks the number of corporate deals will be cut in half this year. That could slow the economy.

Steve Miller works for Standard and Poor’s LCD. He says a bigger problem is that this risky debt is getting riskier.

Steve Miller: There has been a pick-up in defaults in January. We’ve seen three defaults. And I think what everybody’s worried about is they’re going to go from three defaults, 10 to 20.

Miller says he’s not worried now. But he says a big increase in defaults could spell disaster for corporate America.