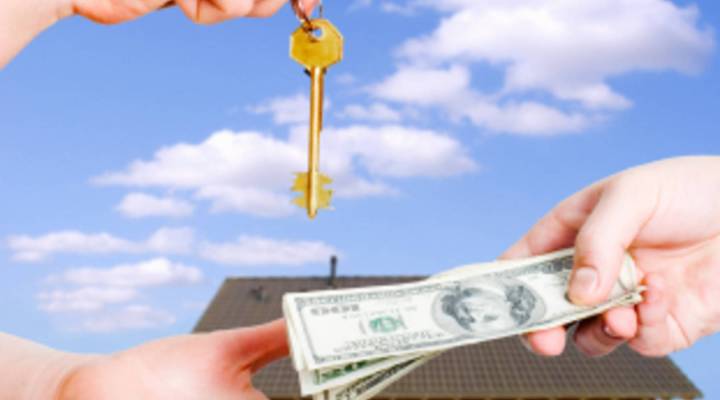 Minorities in the middle

Minorities in the middle

Tess Vigeland: When you think of the American dream, you probably think of people starting with nothing and working their way to a better life. That kind of social mobility has been a hallmark of progress in this country.

But not all dreams are created equal. Minority families actually have a tougher time achieving middle class status and even when they do, the children of minorities are much less likely to hang onto that status than children in white families.

Stacey Vanek Smith takes a look at some of the hurdles minorities face in joining middle class America.

Stacey Vanek Smith: For generations, Americans have prided themselves on the idea that in this country, there is opportunity available to anyone who is willing to work hard. Sure, we may be a little skeptical of this, but there’s no denying it’s a huge part of the American identity. And deeply imbedded in the culture:

[From “The Godfather”]: I believe in America. America has made my fortune.

[From “West Side Story”]: I like to be in America, okay by me in America… // You had all that here, why would you want to go back to Puerto Rico? // It’s so good here. // It’s so good there? We had nothing. // Ah, we still have nothing. Only more expensive.

[From “The Jeffersons”]: That’s the trouble with you kids of today: you think the world owes you a living. // Oh now wait a minute… // And you know something? You maybe right.

Marc Morial is CEO of the National Urban League, an African American advocacy group. He says the American dream is alive and well and still defines the aspirations of many U.S. families:

But the American dream may not be equally available to everyone. Last year minorities incomes remained flat, while white Americans saw incomes jump more than 1 percent according to the U.S. Census Bureau. And a study from the Brookings Institution found that minority families have a harder time holding onto the income status they achieve:

Julia Isaacs: Not all children are benefiting equally from the American dream.

Study author Julia Isaacs says among middle income families, two out of three white children earned more than their parents and only one out of three black children did. She says she was shocked by the findings and it’s definitely a problem the country needs to address.

Isaacs: We do find that both income and race of your parents affects where you end up. If your parents were poor or if your parents are African American at any income level, you, on average, don’t rise as high on the income ladder as white children and as children from higher income backgrounds.

So why is it harder for those kids to reach the same status as their parents? The job market is a big part of the problem says the Urban League’s Marc Morial:

Morial: The issue’s not just a job, it’s a good job with good pay that provides them with the benefits they need for themselves and their families. And we’ve seen that as a continuing post-9-11 issue. Because any recovery which has taken place has been somewhat jobless or it’s been a recovery where people have transitioned to lower paying jobs with fewer benefits.

Nora Vargas agrees. She directs the Latino Issues Forum. She says in addition to the decline in job quality, fewer employers are offerinhealth carere. She says this creates two major problems: it tends to hurt productivity because workers can’t afford preventative care and if families buy their owhealth carere, she says, it just makes it that much harder to invest in things like education:

Nora Vargas: It is becoming much more difficult to be able to go to a school. Most of us who reach that middle class dream are folks who have the opportunities to get an education and use that education to be able to succeed and so without access to quality education, you can’t compete.

Morial: The threat of foreclosure and the subprime housing crisis threatens to take many people who had achieved or who were on their way to achieving middle class status and taking them back two or three notches.

Morial says if the government doesn’t step in, many hardworking minorities will see their credit tank and that will make it much harder for families to take out other kinds of loans, like student loans and car loans.

Nora Vargas agrees. She says this is a crucial moment for US minorities and if action isn’t taken soon, the economic gap will widen.

Vargas: The American dream is harder to achieve and it seems that there is a direct link to your background and your heritage as to whether or not to be able to have access to it.

Vargas says 2008 is shaping up to be a tough year for minority families. But, she says, because this is an election year, she’s optimistic that many of these issues will be addressed by the presidential candidates.