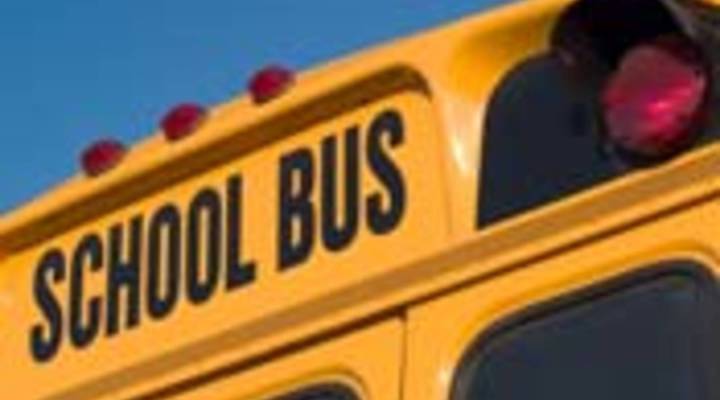 Schools teach the art of fundraising

Schools teach the art of fundraising

Cash-strapped education systems are relying on school fundraisers more than ever. Stacey Vanek-Smith reports on a tactic that’s prompting parents to seek out alternatives.

Stacey Vanek-Smith: Nine-year-old Cooper Reynolds attends public school in San Clemente, Calif. Students there are asked to do several fundraisers a year. He’s sold everything from chocolates to cookie dough to wrapping paper.

Cooper Reynolds: I want to help the school, but I also like to get like, a little prize or stuff like that. Once, I tried to get the DVD player.

Cooper’s mother, Beth Eagleson, had a hard time explaining to her son that to score the DVD player, he would have to sell a lot of wrapping paper. And Eagleson was sick of doing most of the work herself, because the school wouldn’t let the kids sell door-to-door or set up on the sidewalk, she ended up selling the stuff to her colleagues and relatives.

So Eagleson told Cooper’s principal that her son would not participate in any more school fundraisers.

Beth Eagleson: It’s really not appropriate to have little children funding their own educations. They’re giving kindergartners and first-graders and second-graders these sales quotas.

Those little kids sell big, though — or at least, their parents do. Fundraisers like these generate more than $2 billion a year. But schools only keep about half of that. The rest goes to the companies that provide the products.

Still, schools need the money. State and federal funds make up less and less of public schools’ operating budgets, and schools like Cooper’s are relying more and more on private giving.

Dubelman’s school doesn’t make students sell products, but she says that means a lot of blood, sweat and tears for PTA parents. Dubelman’s school organizes a Halloween carnival, a student art auction, a book fair — and in the winter, it even carts in snow, so the Southern California kids can have the chance to sled and build snowmen.

The activities bring in tens of thousands of dollars every year. Dubelman says she has no quibble with the schools asking parents for money.

Dubelman: Education is free to a certain degree, and not so free that you don’t have to think about it.

But even schools with less-active PTAs are finding ways around selling cookie dough.

Charles Best taught social studies in the Bronx for five years. When he got frustrated with the school’s lack of resources, he founded DonorsChoose.org. Teachers write up a project they need money for, and parents, companies and anybody else can give.

Charles Best: Our reason for being is the growing skepticism of donors who feel that if they write a $10 check or a $100 check, it maybe going into a black hole.

Best says more than 27,000 teachers have posted projects on DonorsChoose over the last seven years, and people have donated $13 million.

Best: I really do think that teachers get a whole lot more bang for their effort compared to, you know, going door-to-door selling candy bars and having, you know, 60 percent of the proceeds go elsewhere.

Eagleson: And as a parent who wanted to support classroom activities and art supplies, whatever it was, it made more sense just to find out what the need was from the school and write a check.

Eagleson likes seeing the direct impact of the money she gives. Best of all, she doesn’t have to worry about what to do with a freezer full of cookie dough.