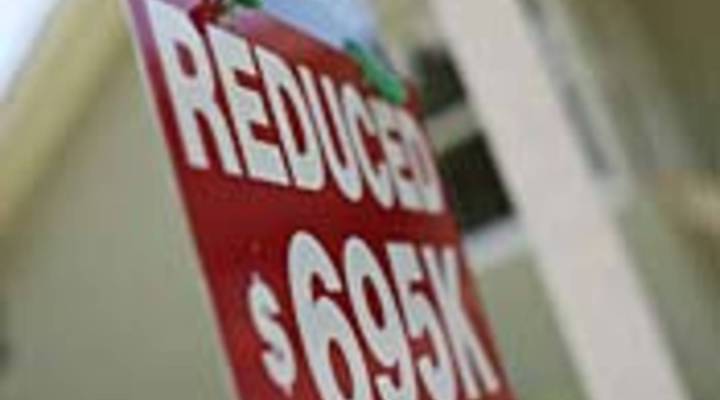 Taken for a ride

Taken for a ride

Tess Vigeland: So we heard earlier in the show that home prices are dropping all over the place. Well, a lot of buyers are trying to figure out when the bottom will hit.

Ethan Lindsey was one of them. He’s a reporter for Oregon Public Broadcasting in Bend, Oregon. That city tripled its population over the last 15 years. Home prices rose in tandem.

Ethan sent us this story about jumping on the roller coaster that is the real estate market.

Ethan Lindsey: At one time, Bend was home to the world’s second-largest lumber operation. But in the early 80’s, new environmental rules and cheaper Canadian wood killed the town’s economy.

That is until early retirees and ski bums discovered the city and turned it into a resort town. Locals now call it “the Vail of the Northwest.”

In 1992, the Brooks-Scanlon Mill cut its final piece of wood. Today, the Old Mill building is home to an REI, a Victoria’s Secret, and a Gap store.

The housing market in town has moved upscale, too. Back when lumberjack flannel was fashionable, median home prices were under $100,000.

Last month, I went on a home tour with local real estate agent Becky Breeze. She told me the average home today sells for $350,000.

Lindsey: So what do these start at then?

Breeze has sold homes in Bend for more than two decades. And in that time, more and more baby boomers from California have discovered Bend, but the tipping point came two years ago. Home prices in Bend jumped by more than 30 percent between the years 2005 and 2006. That was the biggest leap in the entire country.

Kent Chapple owns a coffee shop in town and a home as well. He says homebuyers here read their property prices like the stock pages.

Kent Chapple: I do pay attention to it but I knew that it was overvalued. And all my neighbors were all excited about how our houses had increased in value. But it was kind of funny to me, because where you gonna move to, right? Everything has increased. So, if my house is worth more but I can’t afford to buy a new house, then what difference does it make, you know?

I do know, sort of. I’ve been looking to buy my first house since July and I expected home prices to be very affordable in a smaller town.

Instead, they’re on par with big cities like Portland or Seattle.

Breeze: The homes are gorgeous…

Realtor Becky Breeze doesn’t have a bad word to say about Bend. To her, the home prices mean the market is bright.

But, even she sees some dark clouds on the horizon.

Breeze: We wish some our houses would sell faster, absolutely.

In fact, home sales are expected to be 25 percent lower this year than the boom year of 2005 and like the rest of the country, that’s pushed the number of unsold homes on the market to record levels.

More supply with less demand is what economists would call a buyer’s market. And that’s good for me. I’ve even seen desperation in some home sellers’ eyes.

At several open houses, the seller started to haggle with me the moment I walked in the door. In the past few months, I’ve walked through 30 or so homes in my price range. Of those, fewer than five have sold.

Dawn Dwyer is a realtor in town. I chose her as my agent because she works with first time homebuyers.

Dawn Dwyer: We are definitely in a full-swing buyer’s market.

Dwyer says that in 2005, many of the homes I’ve looked at would have been swamped with multiple offers on the day they were listed and furious bidding wars broke out over these homes.

My experience has been the opposite. In my hunt, I fell in love with a two-bedroom bungalow with a nice breakfast nook and a great front yard. When I first saw the house, it had been on the market for more than a month. I finally got it for $20,000 less than the price on the sign out front.

So the housing slowdown does have some positives, at least for buyers like me, but, as a whole, the city probably isn’t so happy.

Real estate is the third-largest employer in Bend. It pays the salaries of 15 percent of working residents.

That scares some economists who say if the housing market goes, so could the local economy.

That scares me, too. Maybe this isn’t the time to be buying that first home.