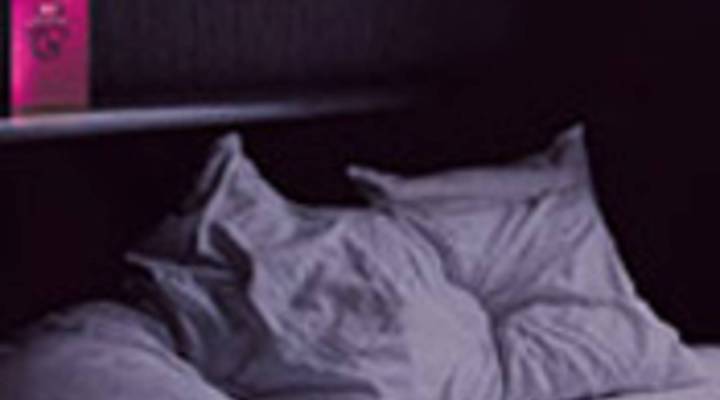 COPY
The KY Intrigue website sells its product with a romantic story.

The KY Intrigue website sells its product with a romantic story.
Listen Now

TEXT OF STORYLISA NAPOLI: Lubbock, Texas would not be the place to be in a certain intimate items business. Seems a clerk in a lingerie store there was jailed last week for selling sexual devices. There’s an obscure law that makes it illegal to possess six or more of the devices at a time. You probably won’t be surprised to learn there’s a lot of money in those marital aids. We sent Stacey Vanek-Smith to investigate.

[ “If you’ve made love in the room with the TV on, and you’ve spent more time tuning into the TV than into your lovemaking. . . ” ]

STACEY VANEK-SMITH: At a home in Ventura, California, about a dozen women are having a Passion Party. It’s kind of like a Tupperware party. They play games and sample products while a representative talks them through a whole line of intimacy items.

PAT DAVIS: My goal was to really address mainstream, and to make the products, the marketing the catalogues, everything we did, appeal for every woman, so that she didn’t feel intimidated.

Not long ago, products like condoms and lubricants were marketed clinically or with a locker-room approach. Lisa Johnson is the founder of Reach Women marketing group. She says that wasn’t wooing the ladies.

LISA JOHNSON: Women have been craving a space in between clinical and dirty.

Johnson says advertisers are changing their tune, taking cues from pop culture like TV show “Sex and the City.”

SAMANTHA: I’m telling you, we almost broke the bed.

MIRANDA: What does this stallion do for a living?

JOHNSON: It showed a level of candor that was not being expressed in the way people were advertising towards women.

Johnson & Johnson led the charge. It expanded its KY line to include massage oils and warming gels. And launched a humorous ad campaign

KY’s Sales quadrupled. Then Trojan joined the fray with its Elexa line of intimate products. Marketed with cool music, hip animation and a MySpace page, it’s been selling out.

DAVIS: Because today’s woman, she really wants to know. Women now are taking responsibility for the sexual pleasure in the relationship.

Not to mention the purse strings. Viagra pushed the male arousal market to a $2 billion a year industry. It’s estimated the market for women will be worth three times that.