SCOTT JAGOW: Here’s the latest on the contaminated pet food: The FDA has told inspectors not to allow wheat gluten from a certain Chinese company into the U.S. This wheat gluten was found to contain a chemical called melamine. It’s not supposed to be in pet food, but nobody’s confirmed that it caused any cats or dogs to die. And there’s no evidence melamine is in the food we eat. But then again, as Bob Moon reports, it just might be.

BOB MOON: Some blogs were abuzz with speculation the tainted wheat gluten may have reached the general food supply after Del Monte confirmed the suspect ingredient used in some of its pet food products was a “food grade” additive suitable for human consumption.

BIRGIT PUSCHNER: From what’s known from the data on humans, it doesn’t appear to be a compound that we have to be highly concerned about.

And the head of the University of Georgia’s Center for Food Safety, Michael Doyle, sounds less-than-confident that he’s not already consuming, say, breakfast cereal tainted with the chemical.

MICHAEL DOYLE: Certainly does raise questions. I feel safe if it’s made by a major company that I know has in place rigid criteria for ingredients that they put into their products.

The FDA says there is no evidence at this time to suggest that any of the suspect wheat gluten made it into the human food supply.

But one source familiar with the industry told us, “Nobody seems to know that with absolute certainty.” 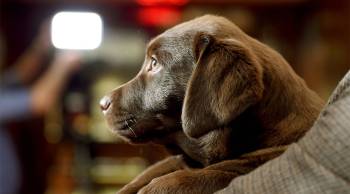