SCOTT JAGOW: Europe has been developing its own satellite navigation system — something like GPS. But things are starting to go wrong on this. Stephen Beard is with us from London. Fill us in Stephen.

STEPHEN BEARD: Europe’s satellite navigation system seems to have lost its way Scott. The Galileo project, it’s a $3 billion plan to launch a European rival to the U.S. Global Positioning System. It was due to become operational in 2010. Now the satellites are not expected to be in orbit until 2011 and the time table is slipping daily.

BEARD: Well it seems that the eight companies behind the project — French, Italian, Spanish, German and British companies — have fallen out big-time. According to the Financial Times they’re barely talking to each other. They’ve apparently quarreled over money, what else? Behind all this of course, the big worry: Is this gonna make any money?

JAGOW: Why does Europe need its own system in the first place?

BEARD: Well the fundamental thinking behind this, the European Commission says Europe needs its own satellite navigation system in case the U.S. switches off GPS at a time of crisis, handing the system over for the sole use of the U.S. military. That is theoretically possible. Critics of Galileo have dismissed it as an exaggerated, very expensive project torn apart by national rivalries. And given the well-publicized problems of Europe’s best-known plane maker, one skeptic called Galileo “Airbus in space.” 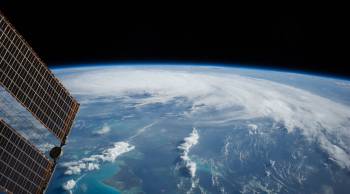