Cashing in on the forever stamp

Cashing in on the forever stamp

SCOTT JAGOW: Last week, postal regulators recommended the post office issue a forever stamp. This stamp that would be good no matter how much the price of stamps goes up. Being the investment geek that he is, Newsweek’s Allan Sloan sees dollar signs here, or penny signs at least.

ALLAN SLOAN: You’re speaking to a man here who grew up with things like subway tokens and tokens for toll roads and one of the things we used to do is the minute we knew that a fare would go up, we’d go out and start hoarding tokens on the assumption that we’d be able to use tokens purchased at the old price for the new fare. And sometimes that worked and sometimes the transit system or the guys who ran the bridges and tunnels would make you use a different token in which case you were stuck with a ton of tokens. But it was just a lot of fun and it keeps your brain active. And I just look at the forever stamp, you know it’s partly a convenience but I just look at it as an arithmetic problem.

JAGOW: So, have you come up, you haven’t been able to come up with a way that this would be a good investment?

SLOAN: The way this would be a good investment, if you’re looking for money, is to wait until the next price increase. Not the one that’s coming in April or May to 41 or 42 cents, but looking at the next one after that. And then when the next one after that is coming, you run out and buy the stamps before the rate rises, and then you can buy stamps at the old rate and use them at the new rate and you’ll have a quick poppin’ value Maybe it’ll make you sort of like a stamp fund hedgie.

JAGOW: I think you’d have to buy a lot of stamps to really make any money off this. Or mail a lot of letters

SLOAN: Yeah someone I consulted, who specializes in what’s called behavioral finance he said maybe you can get some psychic satisfaction out of making a little money, he said, but what happens if you buy all these stamps and you discover you’re the last man in the world mailing in his electric bill because everybody else is sending it electronically.

JAGOW: Allan Sloan is the Wall Street editor at Newsweek magazine. In Los Angeles, I’m Scott Jagow. Thanks for joining us and have a great Monday. 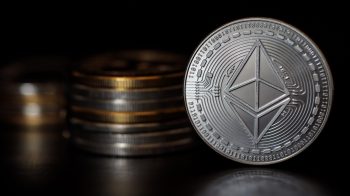