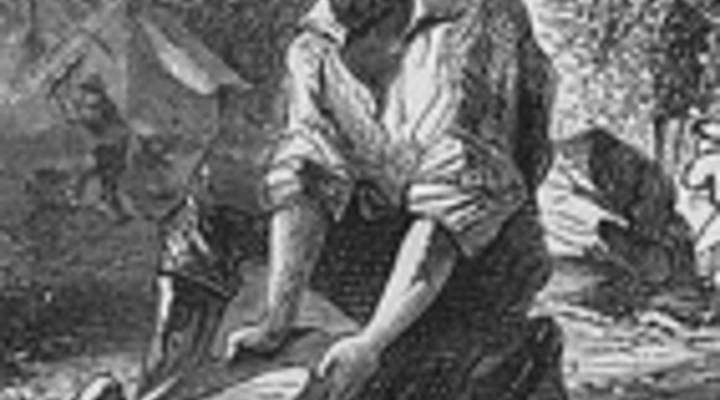 Finding the gold in Golden State

Panning for gold on the Mokelumne River, originally published in Harper's Weekly in 1860 as part of the article 'How We Got Gold in California.'

Finding the gold in Golden State

Panning for gold on the Mokelumne River, originally published in Harper's Weekly in 1860 as part of the article 'How We Got Gold in California.'

MARK AUSTIN THOMAS: Time to take a peek in the Marketplace Vault for a look at this week in the history of business. Inside, something that made California very popular.

STACEY VANEK-SMITH: This week back in 1848, gold was discovered along the banks of Sutter’s Creek in California.

In the months that followed, the press went wild, describing 30-pound gold nuggets and men earning a lifetime’s fortune in half a day.

The strike at Sutter’s and the stories that followed sparked the largest gold rush in history.

All told, about 300,000 so-called 49ers flooded into the Golden State. At the time, California was a remote and fairly lawless place.

The population boom created a humming economy almost overnight, and California joined the Union in 1850.