STEPHEN BEARD: Eight national TV channels, five national radio stations, around 50 local ones, as well as a clutch of websites.

The BBC is a vast and expanding media empire. It’s owned by the state and financed through a form of taxation, which brings in around $6 billion a year.

The BBC had been hoping for a 6 percent increase, but the British government has given it a 3 percent raise instead. That’s around $700 million a year less than the BBC had been banking on.

MARK THOMPSON: Although we have to make difficult choices I don’t want the public to feel there’s going to be a fall in quality. It means that some of the things we would have liked to have done we won’t be able to do.

He won’t say exactly what they are but the BBC’s commercial rivals are celebrating.

Many of them face falling advertising revenues as the BBC, in the words of one analyst, “wallows in a vast pool of public money.” 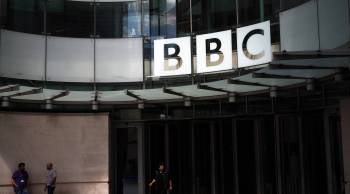