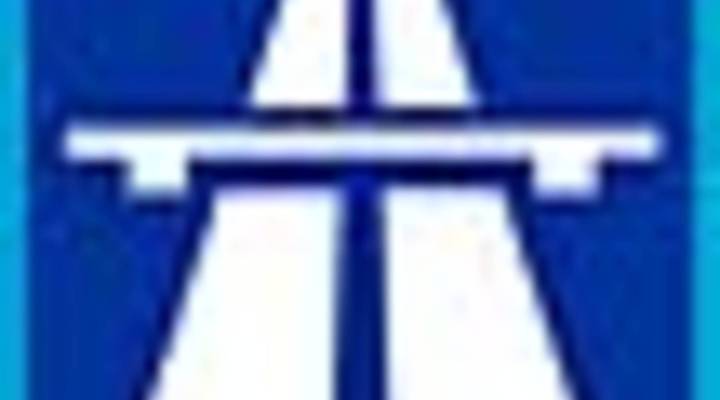 Will Germany brake for greenhouse gases?

Will Germany brake for greenhouse gases?

TESS VIGELAND: For some retailers, MLK Day is just another opportunity to hold a special sale. Car dealerships certainly take advantage of three day weekends — no matter what they celebrate. Martin Luther King’s dream speech never mentioned “No money down and zero interest ’til 2010.”

If you are going car shopping in the near future, you may be considering one of the “green” options. Doing your part to reduce carbon dioxide emissions. But what if there’s another way to put the brakes on greenhouse gases?

Ethan Lindsey reports from Germany, where one proposal is prompting something of a national identity crisis.

ETHAN LINDSEY: On a stretch of Germany’s famed autobahn right outside Berlin, cars race by at close to 180 miles per hour. That’s about the speed a Boeing 747 needs to take off.

Standing next to the freeway, that’s about how it feels.

Now, like the rest of Europe, over the next few years Germany hopes to meet strict E.U. environmental standards. And to do that, the German government has started to talk about a new speed limit on its major highways.

Angela Briggs is from Berlin. She thinks it’s got to be a joke. To her, driving a hundred miles per hour is her birthright as a German citizen.

ANGELA BRIGGS: Well, I think we have enough limits in Germany already, you know. And we need some small pieces where we can go a bit faster. But I think normally we have built up very fast cars, and you have to use them, you know?

This whole debate started a few weeks ago, with the president of Germany’s version of the Environmental Protection Agency. He suggested that if a speed limit of 80 miles per hour was enacted, it could cut the country’s greenhouse gas emissions by one-third.

Simon Banwell is British, but has lived in Berlin for 15 years. He says it makes sense: Germans are almost as proud of their environmental record as they are of their need for speed.

SIMON BANWELL: That would be German, yeah. But a lot of people would mourn it if it went. But, I mean, we all thought that the French wouldn’t give up smoking.

Germany has already cut back a little on its racetrack-like freedoms. In the past two decades, speeds on a about a quarter of the country’s highways have been capped at 75 miles per hour. And everywhere there is now a “recommended” limit of 80 miles per hour.

But if Germans have grown comfortable with those slight restrictions, they seem defiant when faced with a hard limit. After the environmental minister floated the idea, the country’s transportation minister immediately denounced it as unacceptable to German culture.

Ole Henry is a spokesman for ADAC, Germany’s drivers association. He says he thinks the proposal’s already dead — drivers would never accept limitations on their speed, especially on their beloved autobahn. And he says the government should look for other ways to cut greenhouse gas emissions, that Germans may be OK with.

OLE HENRY: We think other, more effective measures for the environment should be taken into consideration — such as an automobile tax depending on fuel consumption, for example.

Meanwhile, the debate races on. And one newspaper editorial here may have made the best point of all when it wrote that high speeds on the autobahn are to the Germans “what pesto is to the Italians and the baguette is to the French.”