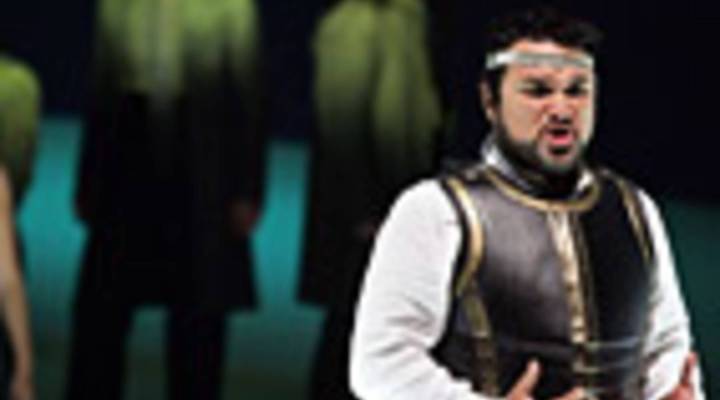 Can controversy save Berlin’s opera?

Can controversy save Berlin’s opera?

SCOTT JAGOW: In Berlin last night, a packed house at the Opera. Not something that happens every day. Ethan Lindsey explains why.

ETHAN LINDSEY: The German Opera is used to playing to half-filled houses. Not so last night. A near-capacity crowd was ready for controversy.

They came to see the version of Mozart’s “Idomeneo” that made world news.

The show’s director is famous for pushing boundaries, like this production’s ending, which featured the severed head of the profit Muhammad.

That’s Pedram, an opera-goer who says his disappointment in the staging was consoled by the interest from non-regulars.

However, critics see a publicity stunt. Misha Aster is a Canadian opera director.

MISHA ASTER: It’ll be interesting to see what happens with the next production. I noticed on the board that ticket sales are not as great for the next show as for this one.

Berlin’s opera community is currently fighting government cuts from its $150 million annual subsidy. And the three-month drama over the show plus the extra ticket sales may help the Opera argue for continued funding.