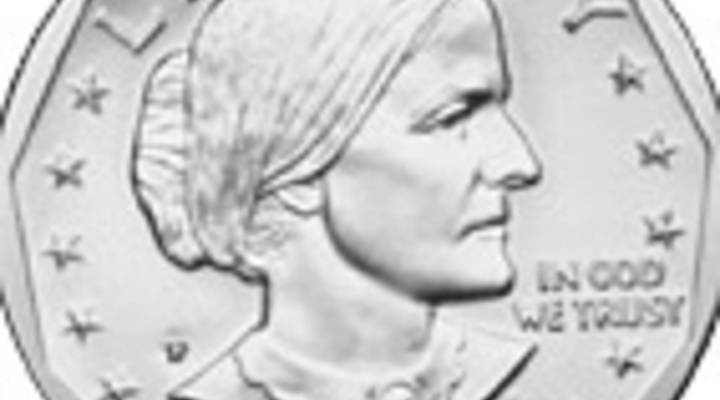 SCOTT JAGOW: For a look back at this week in business history, we open the Marketplace Vault. Ah yes. Susan B.

STACEY VANEK-SMITH: Everybody loves a dollar bill, but it isn’t super-sturdy and it’s expensive to make.

So this week back in 1978, the US Mint released a dollar coin. It featured Susan B. Anthony.

The coin was more economical to produce than a one spot and had a much longer shelf life. 850 million Susan B. Anthony dollars were released over the following months, but the coins were a flop.

People evidently mistook them for quarters.

The U.S. Mint tried again 20 years later with the Sacajawea coin, adding a gold tint to make it stand out from pocket change. That coin didn’t take either.

But the Mint remains determined. It recently announced it will produce four dollar coins each year, honoring US presidents in order of their service.