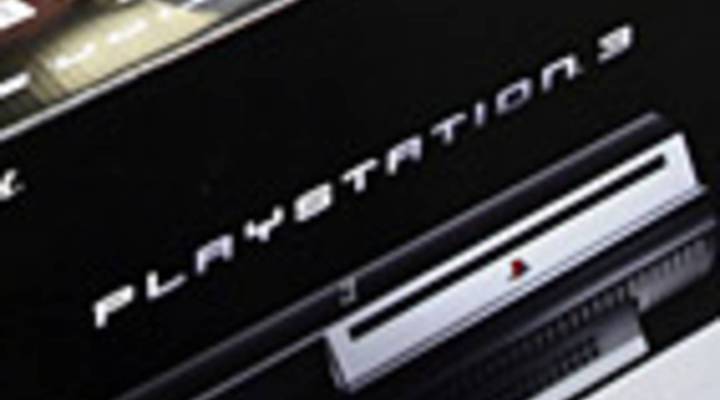 A whole lot riding on PS3

A whole lot riding on PS3

SCOTT JAGOW: Across the country, people spent the night in Best Buy parking lots and waited outside other stores to get their hands on the Playstation 3. The game console’s supposed to be quite a marvel, but there are some buts. Here’s Stacey Vanek Smith.

STACEY VANEK-SMITH: There’s nothing cheap about the thrills offered by Sony’s PlayStation 3. It costs about $600.

That hasn’t stopped gamers from lining up around the block, but delays and supply problems mean many will leave empty-handed.

Jeff Gerstmann of GameSpot says that’s a serious problem. Disgruntled gamers could turn to rival products from Microsoft and Nintendo.

What’s worse? Gerstmann says Sony is banking on the PS3

JEFF GERSTMANN: It touches every single part of the Sony organization. It’ll play Blu-Ray movies, so of course you’ve got Sony pictures wanting to make sure that they can get a piece of the living room with the PlayStation 3. It’s got a whole online store, so the potential for going after something like Apple and iTunes and so, you know, Sony’s record labels are in on it.

Sound strange to have so much riding on video games? Consider this: Sony estimates it gets about half of its profits from gaming.