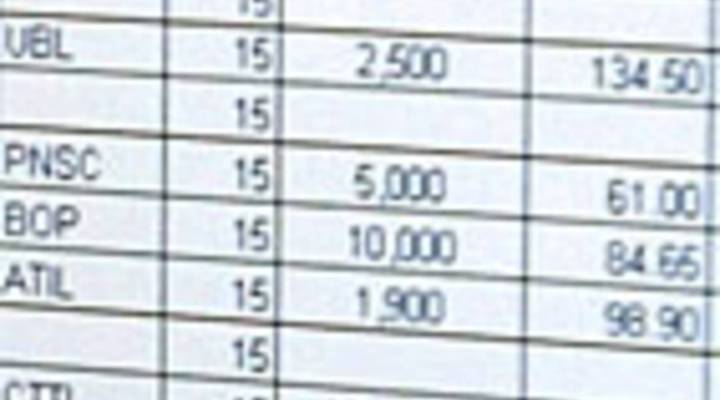 KAI RYSSDAL: Any top corporate job comes with some risks. You’re on the line if things go south. But there can be some pretty serious perks as well. Corporate jets, personal assistants, and fat paychecks. But a study out today indicates not all the cash is being earned honestly. Marketplace’s Stacey Vanek Smith reports playing fast and loose with stock options has generated some serious cash for corporate bigwigs.

STACEY VANEK-SMITH: Last year, the average CEO in the U.S. earned more than 260 times what the average worker did. According to a new study for Harvard Law School, about 12 percent of some 5,800 companies examined engaged in backdating options. That’s when grant dates are manipulated to give executives a bigger profit when they cash in their shares.

This practice bumped up CEO pay by about 10 percent. Executive compensation is already controversial and causes outrage for many people, like these on the streets of New York City:

PERSON 1: I’m not surprised to hear that at all. It’s just today’s society is just all twisted.

PERSON 2: To me it means that they’re taking money that doesn’t belong to them.

The anger comes as no surprise to Laura Hartman, a professor of Business Ethics at DePaul University.

LAURA HARTMAN: We’ve begun to realize the disparity between the CEOs and the rest of the world. And this just raises our awareness even further.

But will the outrage translate into reform? In spite of high-profile scandals at Enron and Tyco, CEO pay at the 500 biggest U.S. companies was up more than 50 percent last year. Dr. Cecil Jackson teaches clinical accounting at the University of Southern California. He says things are changing, slowly but surely.

CECIL JACKSON: We are starting to see shareholder activism in the sense of shareholders wanting to have proxy statements voted on that mean they’re allowed to actually nominate directors so that they can have a little bit more control over setting executive compensation.

In fact, the study found companies with more independent boards were about a third less likely to have problems with illegal backdating.