KAI RYSSDAL: Babies. Cute, mostly. Cuddly, sometimes. But if there are enough of them, all those extra people can be a problem, too. For the strain they put on scarce resources. Many European populations have been on the decline for years. In countries like Italy and Germany. Might seem to be a positive. But that can be bad for the economy. If there are fewer workers to support an aging population. One country is bucking the trend. Call it the French exception. France has the continent’s second-highest birthrate. Could be all the red wine they drink over there. But Eleanor Beardsley reports from Paris it’s much less romantic than that.

ELEANOR BEARDSLEY: During the summer, Paris park teem with children. At the Parc Andre Citroen near the Eiffel Tower, kids run between gushing fountains to cool off on a muggy day. While most of Europe is having a birth crisis, France, at 1.9 children per couple, is the continent’s top reproducer after Ireland. French romance might play a part in this, but the country’s robust reproduction rate is also officially encouraged by the government.

Twenty-nine-year-old Karen Martin, picnicking in the park with her two small sons, is staying home to raise her boys thanks to a three-year, paid parental leave offered by the French state. Martin receives about $600 a month and her job is guaranteed when she returns to the workforce.

KAREN MARTIN [interpreter]: This leave has been priceless for me because I didn’t have to hand my children over to a stranger. I’m with them when they wake up every morning and when they’re sick. My three years with them has created such a strong bond and that’s very important for their development.

Paid parental leave is just one of a panoply of family benefits and childcare provisions available to French families. Others include universal, full-time preschool starting at age 3; and subsidized daycare before that. There are also stipends for in-home nannies, and monthly childcare allowances that increase as the family grows.

France also has the continent’s highest female employment rate. Some 80 percent of women between 24 and 50 work, including mothers with children under the age of 3. Compare that to Germany where 43 percent university-educated women over the age of 35 are childless and the falling birthrate has become a national crisis. Juliette LaFont is spokesperson for the French Ministry of Family Affairs.

JULIETTE LAFONT [interpreter]: What distinguishes France is its policy of giving women the choice to work or not, by giving them all the services and financial means.

As the mother of three, 39-year-old Emmanuel Dupuis is eligible for the Carte de Famille Nombreuse, or large family card, that gives the Dupuis a 30 percent reduction on trains and discounts on other vital public services. Dupuis, who has always worked, says the government didn’t influence her decision to have three children. But she admits its policies have helped.

EMMANUELLE DUPUIS: Life in Paris with three kids is very hard. But politicians know that the family issue always works, so they are taking steps to make things better. There are more choices now and women can have children and go back to work without feeling guilty.

Last year French Prime Minister Dominique de Villepin outlined new incentives to encourage two-child families to move on to a third. The measure guarantees a bigger payout of $1,000 a month to stay home for just one year. The idea being to win over women who are reluctant for financial or professional reasons to stop work.

Ministry spokeswoman LaFont says women should not have to choose between working and having a family.

LAFONT [interpreter]: Our objective is to support births and at the same time to make raising a family easier. And yes, a third goal is to encourage people to have all the children they want.

The wide support in France for such generous family policies is reflected in its spending priorities. The country e spends $57 billion a year for family and child services. That’s nearly 15 percent of its total budget. 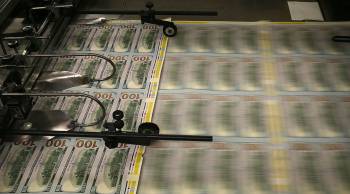